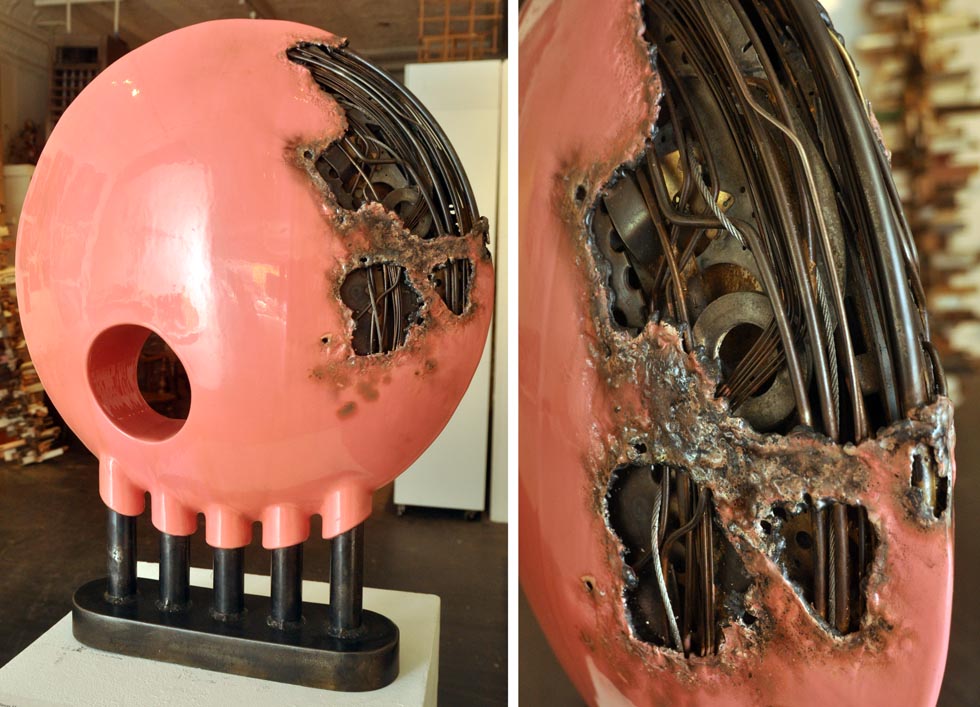 This is the second piece in the Cortex series. The Cortex pieces, though mechanical in nature, reference parts of the human brain and so, the source of the human condition as a whole. Something that informs much of my work is a metaphor where the machine is a stand in for the human being. The machine is a symbol of tainted perfection; the most advanced device is built with planned obsolescence in mind and it is an inevitability that its workings will one day cease and it will be discarded and forgotten. However, these forgotten pieces are the building blocks without which future generations could never exist. 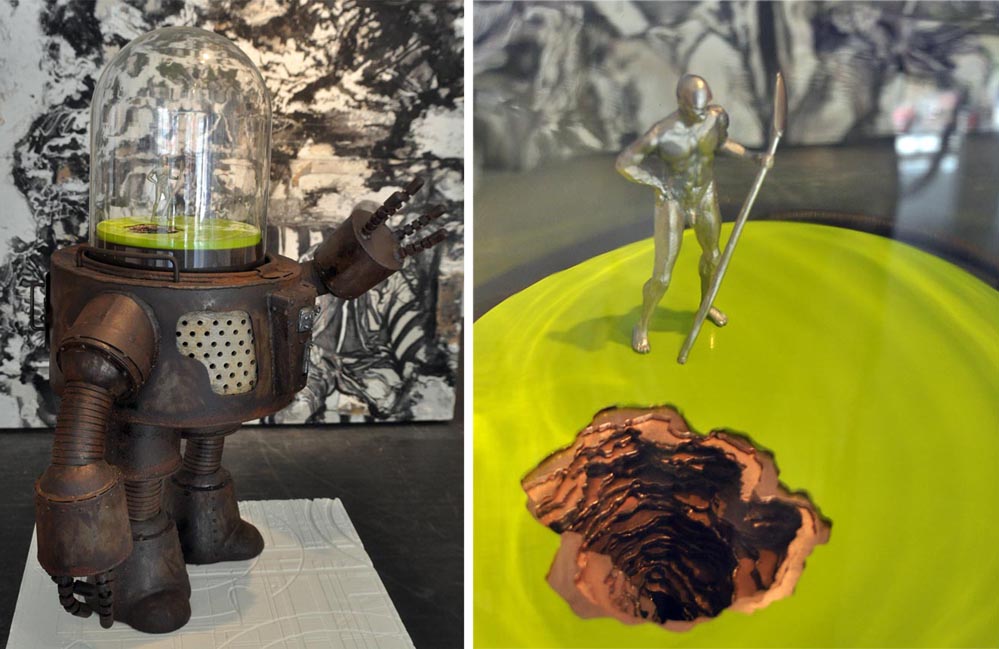 001.4 was the first in the ongoing Vessels series. Because of what lies behind the glass, the pieces cease to be just robots and become vehicles of communication. All of the pieces in the vessels series are like conversations in that they grow and change form as the pieces age.

This work deals with transcendence, a theme that pervades much of my work. Again in this piece i'm using the machine as a stand in for humanity and the human condition. The story that I bring through in this piece is one similar to that of the wood carvers son, Pinocchio. In both stories the need to transcend one's physicality is paramount, something that I think is a very real part of the human psyche.

This piece is a byproduct of my ongoing Cortex series, however in this piece the form is un-ravaged by the passage of time, as if it has come directly off of the assembly line. The Cortex pieces are meant to evoke a sort of impotent functionality, clearly hand made but touching on the machined perfection of mass production.


In terms of my artistic practice, I am a process artist based mainly in sculpture with interests in two-dimensional media. I begin my process with a single repetitive action, such as drawing a series of lines or mass-producing a single material. For me, actions and materials are holy tools which need to be
examined before use; through careful examination and use, the divinity of these tools can be known. In my practice I study each of my materials individually through manipulation, creating mono-compositions and testing them so that they
support themselves. Once I acclimate this very basic action into my practice, a limited vocabulary emerges, at which point I begin another layer of process. In this next step, I allow the second action to interact with the first, orchestrating
materials in space or frame to create a holistic composition. These two steps continually repeat in a spiraling process that may sometimes lead to a chaotic, yet controlled moment. My work is the product of this moment. 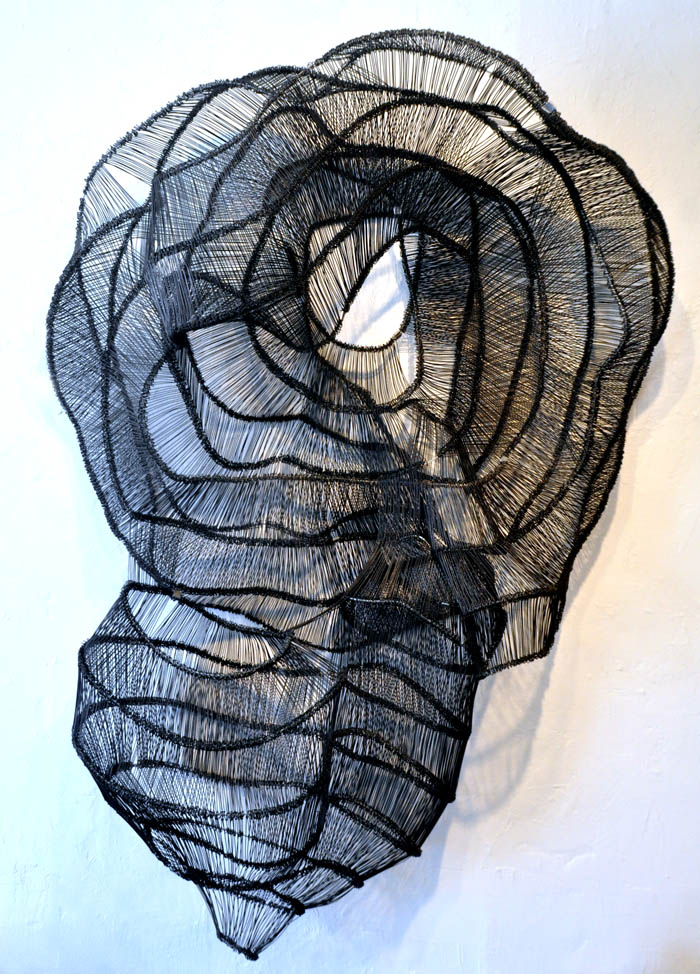 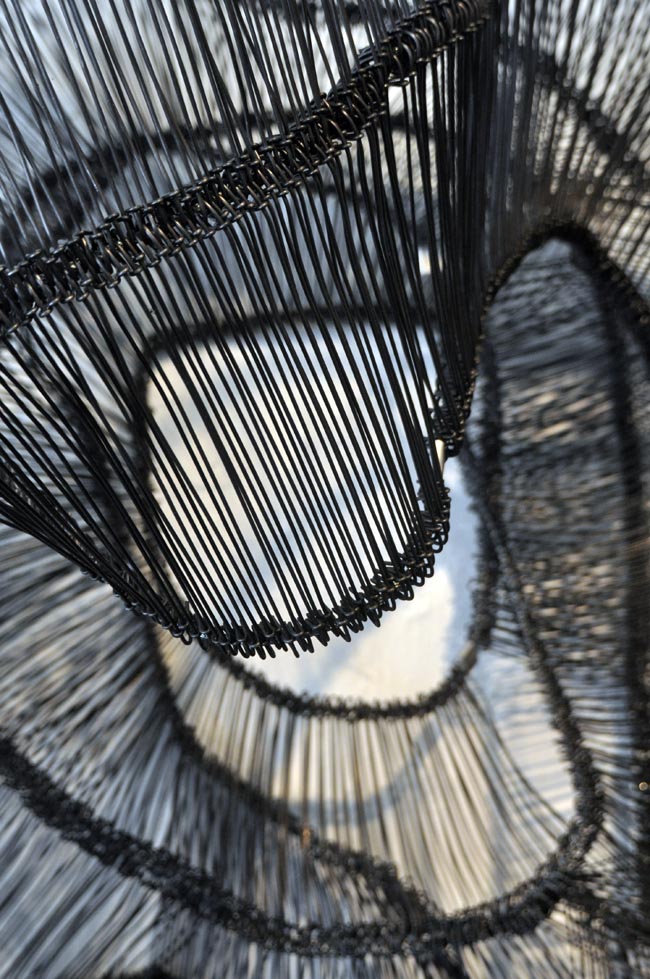