Alvarado teamed up with Production Designer Kelsey Fox and Furniture Designer William FitzPatrick to create
the "Cube" made of reclaimed wood and multi-media elements. The cube was actualized from Alvarado's
long-term sketches on the same subject. The finished Cube was both photographed and filmed in a green-screen
studio at Shiftfocus Productions in Ravenswood.

Finished photographs where rendered together much like a digital flip-book. The result is an interactive piece
featuring moving parts and corresponding wood panels that speak to both use of space and the curious exploration of material!

The CUBE will be at Las Manos Gallery for the duration of the WOOD show.

For more information on Alvarado, check out his company High Ambition TV. 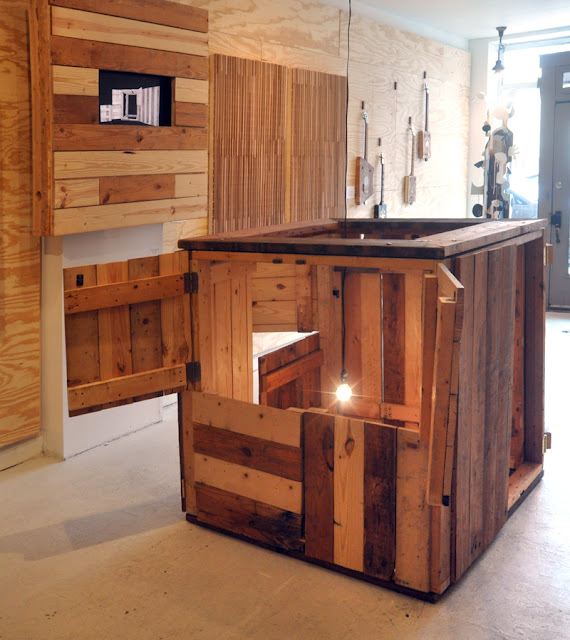 The "CUBE" at Las Manos Gallery. 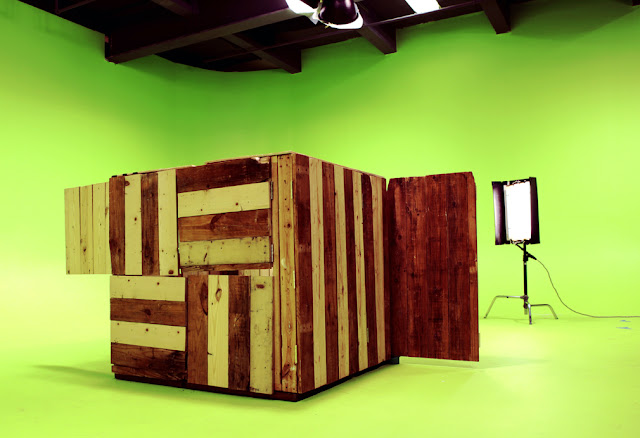 The CUBE at the Shiftfocus Productions green screen studio. Each angle was  photographed. 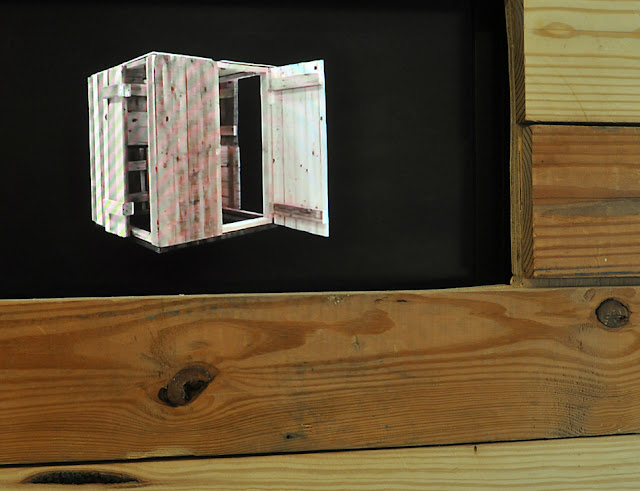 The short film featuring digital photography of the cube is built into one of the two wood panels on
opposite walls of the CUBE. The film depicts the cube as seen from all angles; doors opening, wood
grain changing color. 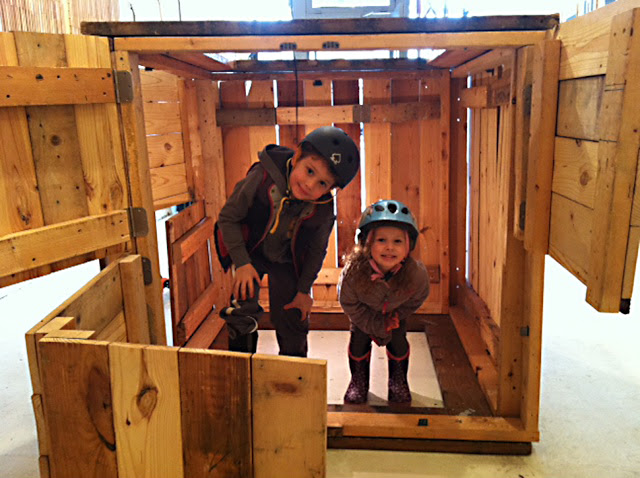