His first project titled "Memorias Mediadas y el Archivo"
explored the clash between his classical education, life in the
Midwest and his traditional Mexican upbringing. This new
series, which takes place in his Pilsen (Chicago) neighborhood,
explores a magical realm and the reality of people's lives once
they come to live in America. A bus stop near Reyes' home
inspired the series after he watched many people step foot onto
American soil for the first time, holding suitcases and a lot of hope
with them... 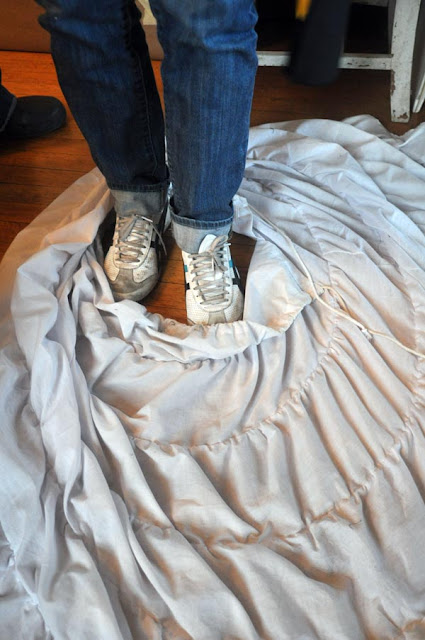 A clash of culture. Sensible shoes slip into a traditional hoop skirt,
its size over-exaggerated to create a more dramatic visual. 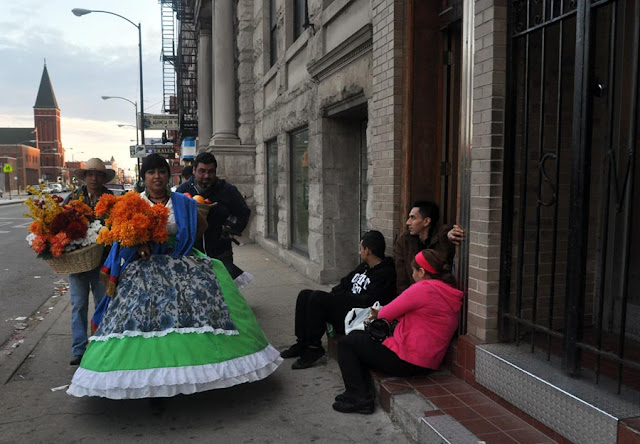 Abdi (in costume) walks past a few onlookers on the way to the photo shoot location on Ashland
Ave in the Pilsen area of Chicago. 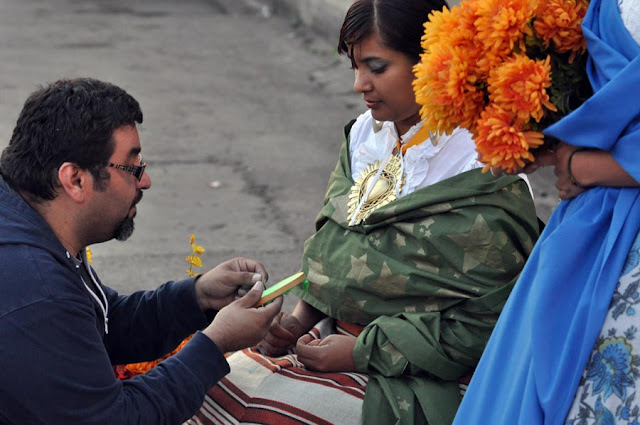 Tommy shows Rebecca how she needs to hold an embroidery hoop for the photograph. Embroidery
is often passed down through generations of women as part of family life and adds to a sense of
tradition in the image. 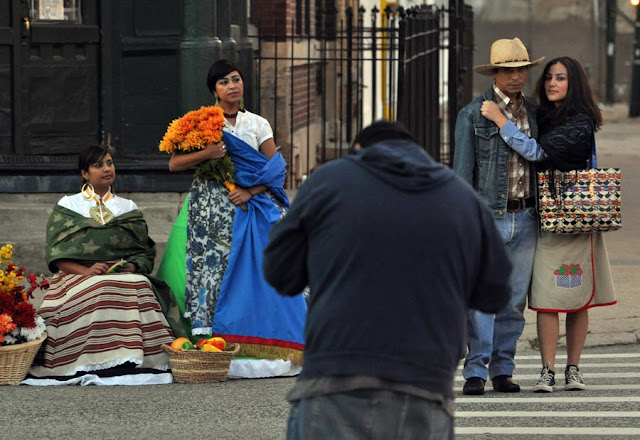 Tommy looks through his camera's top-down-viewfinder to compose the image of a couple
arriving in Chicago after a long bus trip from Mexico. The couple looks past Tommy as if to
catch a glimpse of their future. The two traditionally dressed women to the couple's left
represent the history and culture they leave behind. Their expressions are of hope as well,
but apprehension is prevalent because they can see the future and the struggles it will hold.