In the winding and graffiti covered streets of Berlin one can become lost and inspired by its rich and volatile history. Overgrown and often abandoned one ruminates on the delicate relationship this city has with its past and imagined future. Fluss Träumerei and Fluss Phantasie are meditations on precisely this complex relationship between one’s own malleable past and wildly imagined future.

Taken in Berlin in the spring of 2011 I found that even in the act of gazing into the river I found infinite possibility in both realms of reverie and fantasy that often become confused much like the distorted reflection of Maybachufer, a street I often walked.

Posted by Las Manos Gallery at 3:26 PM No comments: 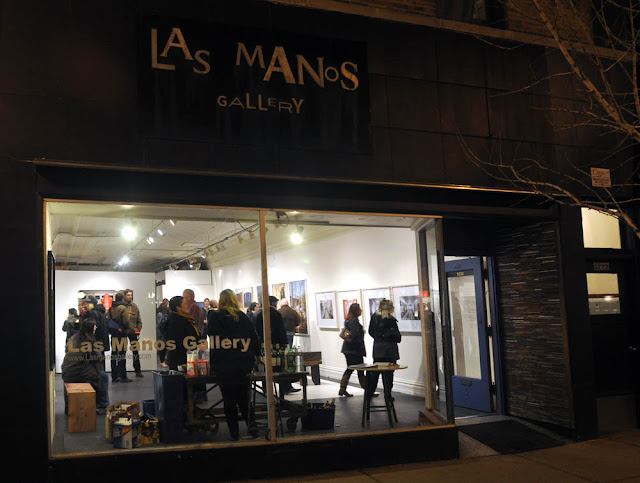 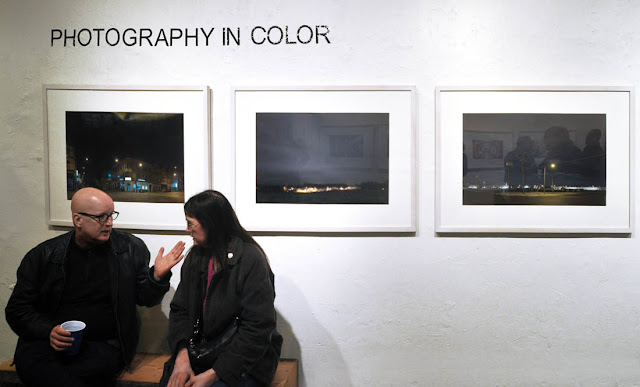 Artist Michael McGuire, left, chats with a gallery patron during the opening. McGuire uses multiple images of similar subject matter and stitches them together in collage-style photographs. 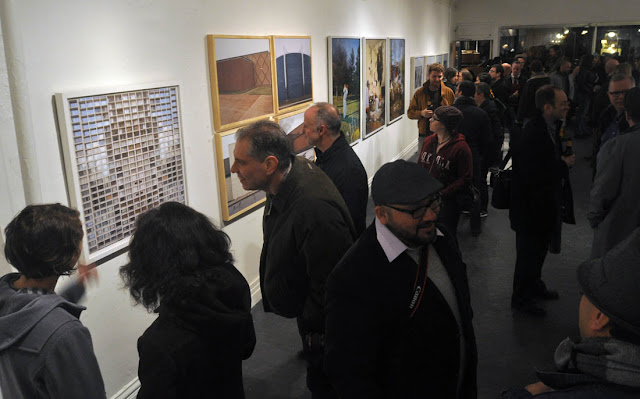 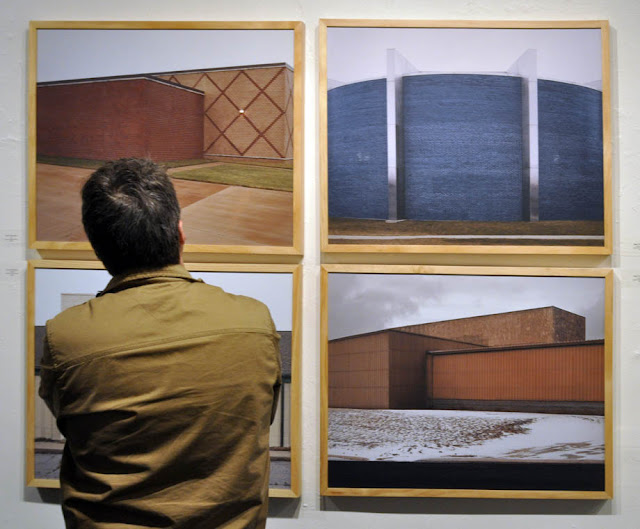 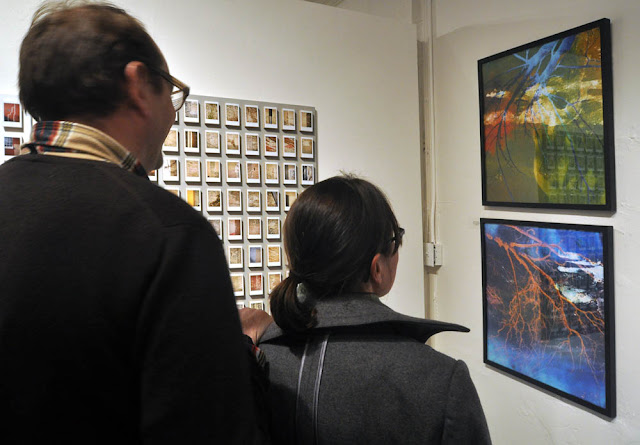 Images by Sloan Tomlinson (right), created by over-exposure, cross-processing and manipulation during printing. 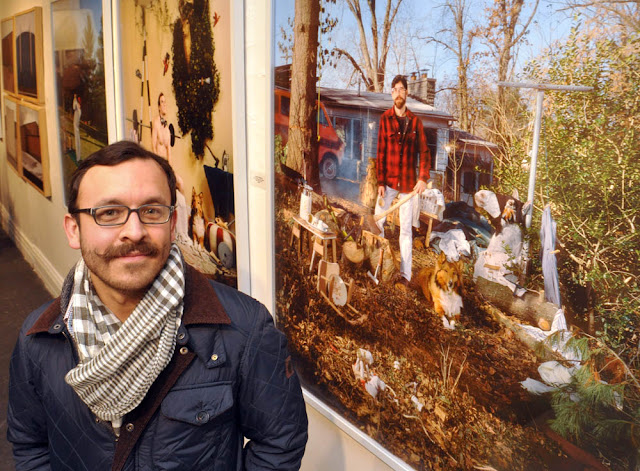 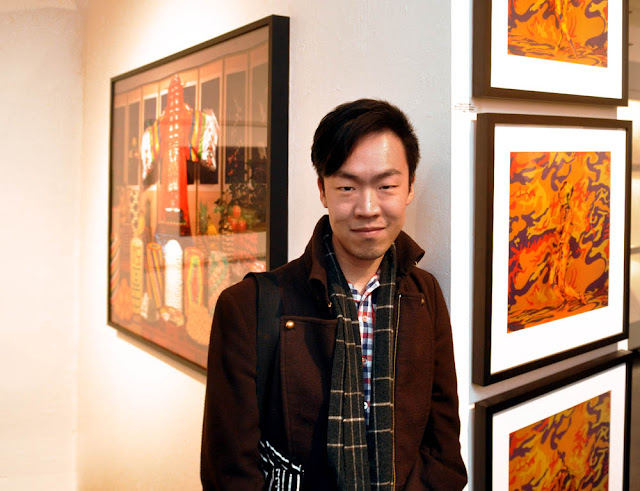 Young Sun Han with his work "Belated Ceremony" (left) and "Dance of the Cockatrice" (right). 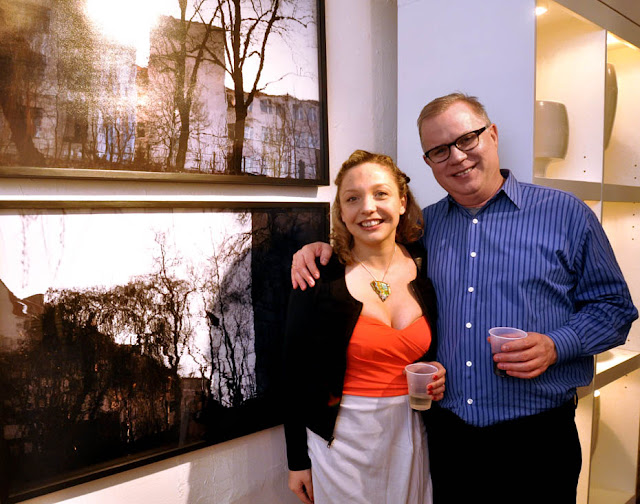 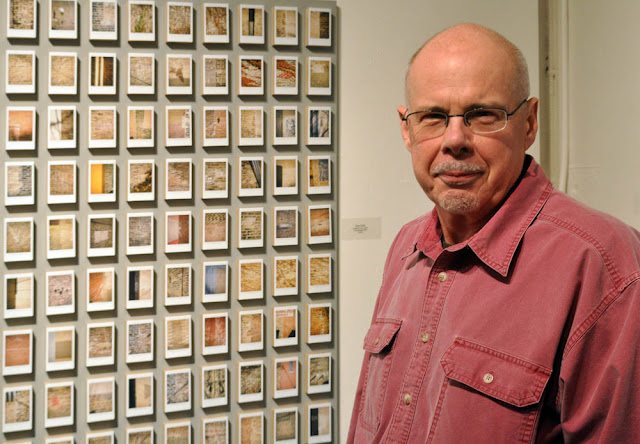 Paul Clark stands with one of his Fuji Instaprint grids. 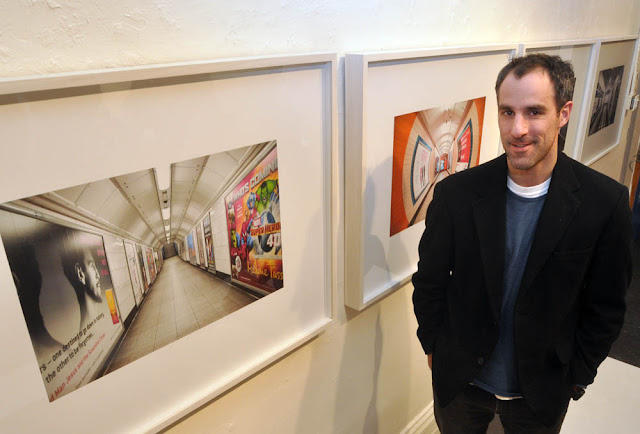 Mark Pease with his "Underground" series. 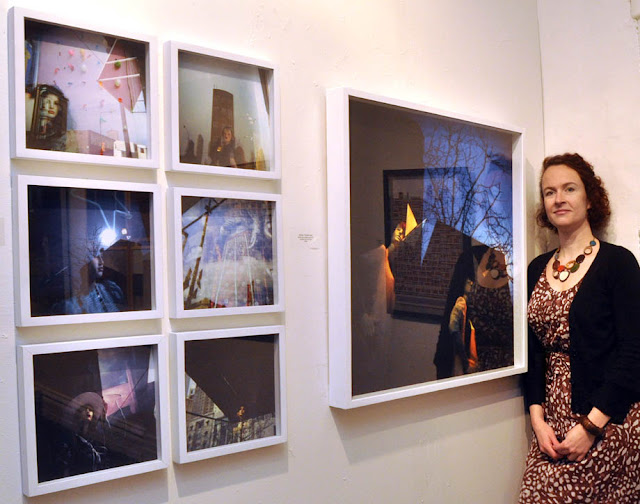 Mieke Zuiderweg stand with some of her "Reflections" photographs, taken with a Holga camera on medium format film. 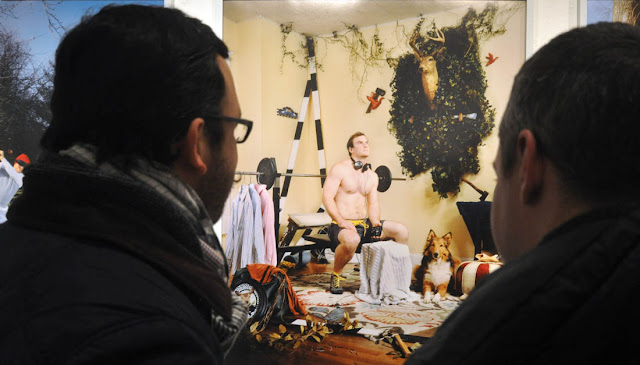 
Posted by Las Manos Gallery at 9:49 PM No comments: 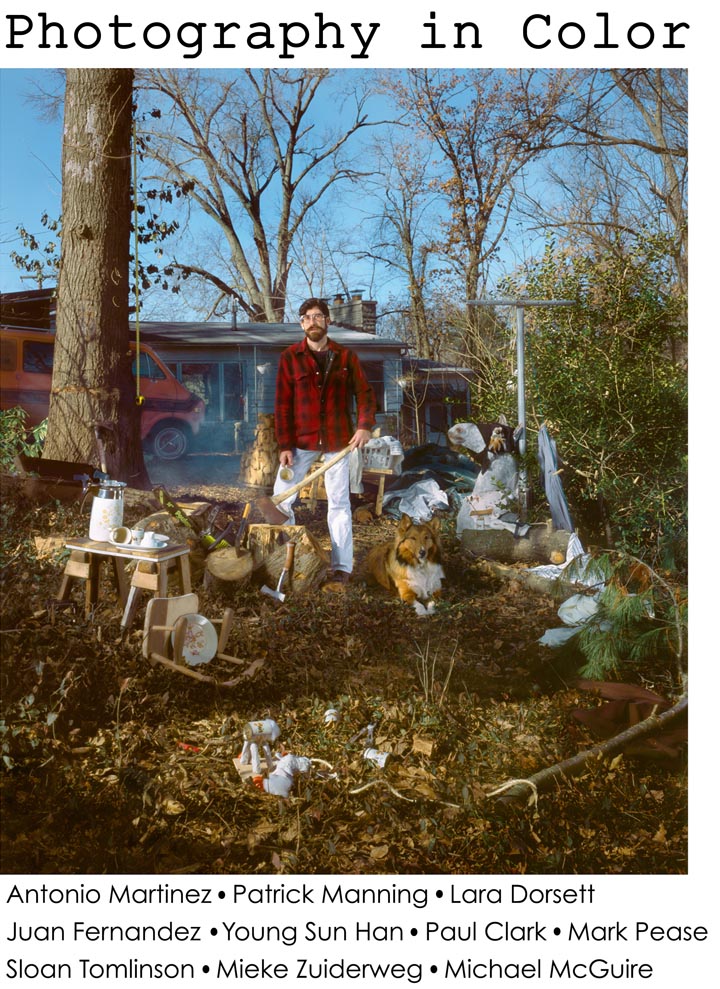 Las Manos Gallery presents the Photography in Color exhibition, an exploration in the use of color within the photographic medium. 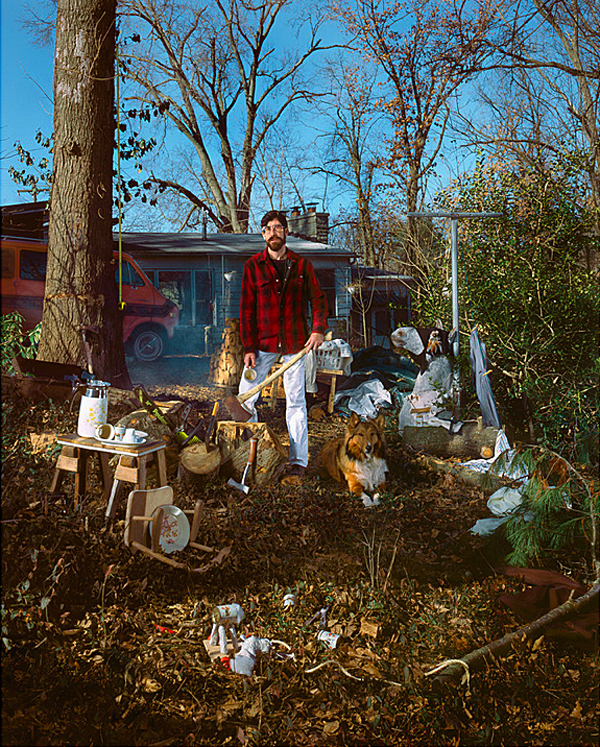 - Photograph from the Self Help & Impractical Demands Series by Antonio Martinez


Antonio Martinez’s images titled Self-Help & Impractical Demands centers on the anxieties of being a domesticated male of questionable worth. Color is used as an important component in this work, emphasizing the items in modern life that form each subject’s reality. 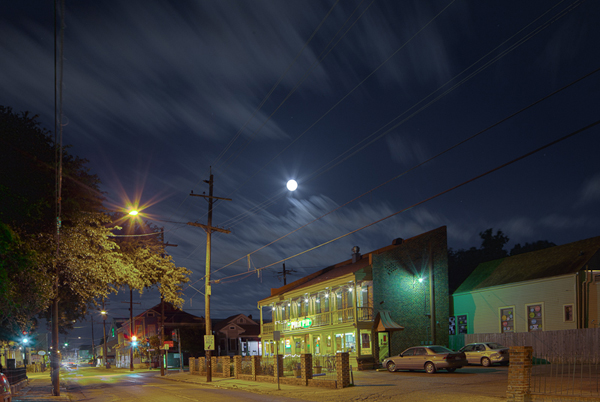 - Photograph from the Dark Cities Series by Patrick Manning


Patrick Manning’s Dark City series explores urban landscapes at night. The prolonged digital exposure over the course of nightfall tease highly
saturated colors out of shadows and nooks not usually visible to the eye. These time lapses give each photograph a hyper-real element that only color can provide. 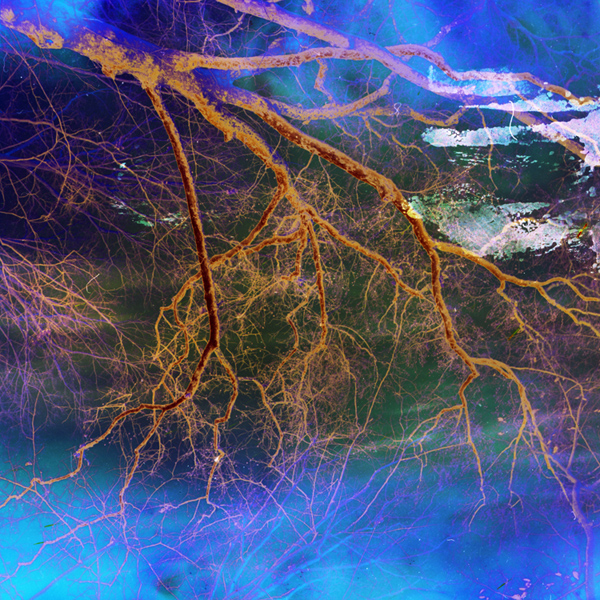 -Photograph from the Lux Introsum Series by Sloan Tomlinson


Sloan Tomlinson's vibrant and chaotic images are created through intense multiple processes not known to most modern-day photographers. A combination of medium format film, extreme exposures, reciprocity failure, cleaners, WD40 and coffee all come together in a perfect storm of unpredictability and beauty. 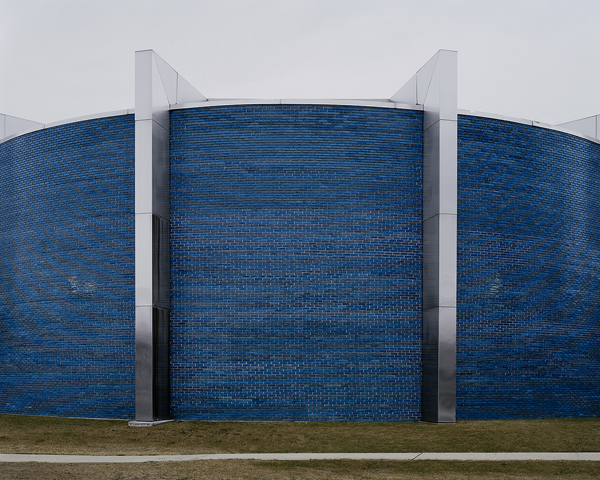 -Achievement from the Facade Series by Juan Fernandez


At first glance, Juan Fernandez's photographs can seem banal, but with further inspection certain oddities begin to rise to the surface. Fernandez uses varying amounts of digital manipulation and the innate qualities of the photographic process, leaving us with images that both examine choices and perceptions that society uses to create environment. 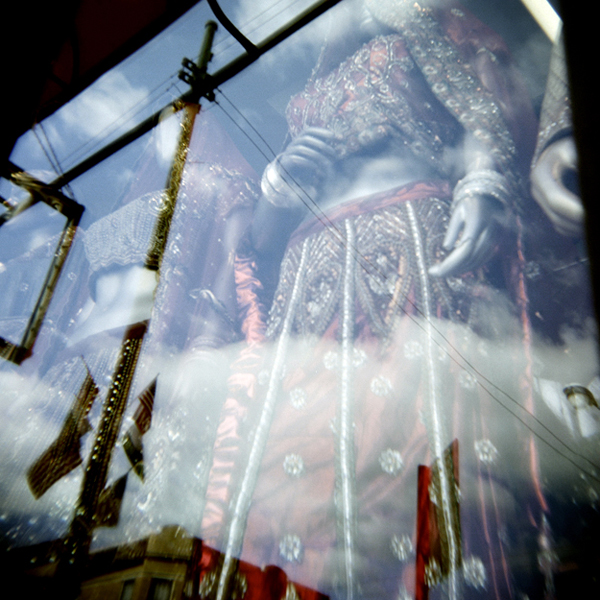 -Photograph from the Reflections Series by Mieke Zuiderweg


Mieke Zuiderweg's images are teased out of layers of reflections. The photographs appear as if they are altered in Photoshop, but they are not. Medium format film is the vehicle that captures clouds, buildings and mannequins in storefront windows. The negative spacing and overlapping elements with human-like faces leaves the impression of a world where reality is obfuscated and confusing. 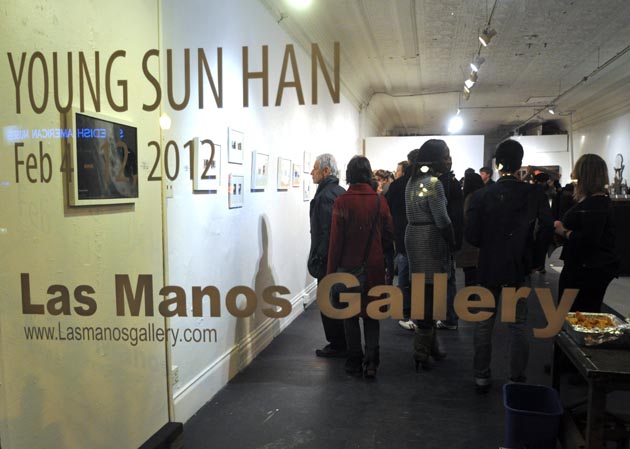 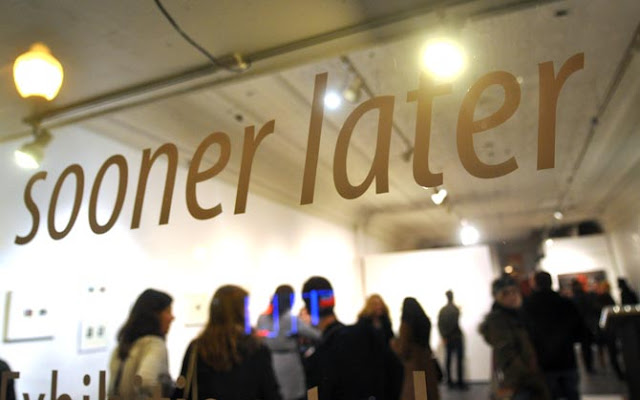 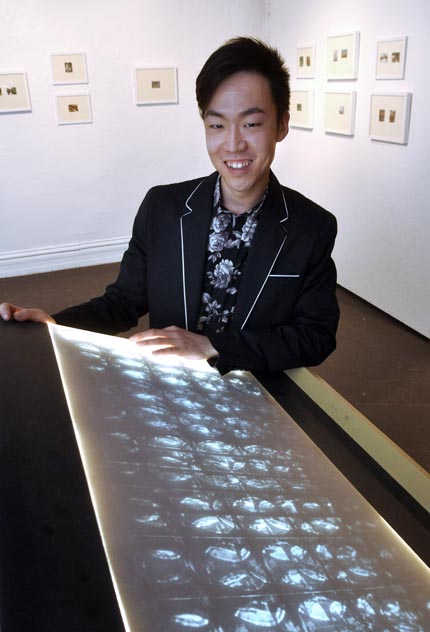 Young Sun Han stands with his piece titled "Pulpit" during the opening on Friday. 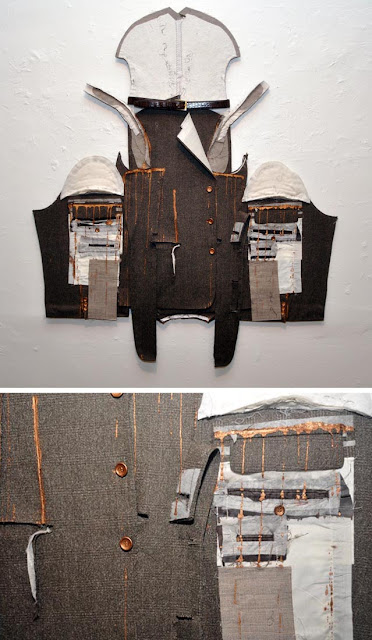 Han has centered several of his exhibitions around his father, who passed away after a battle with cancer in 2010. Han often uses his father's clothing. Here he's deconstructed one of his suits. 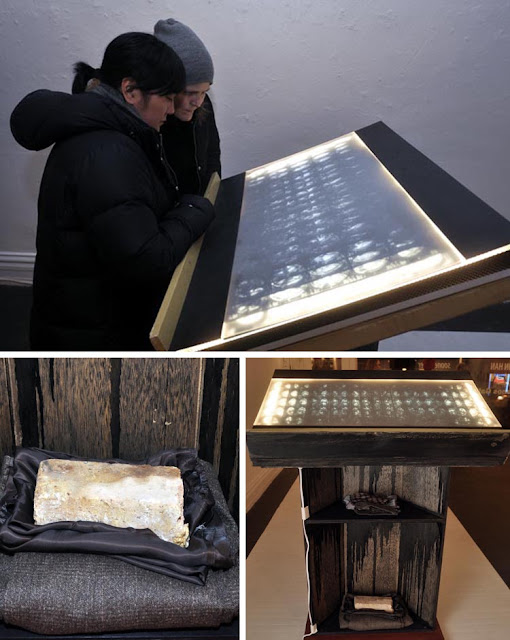 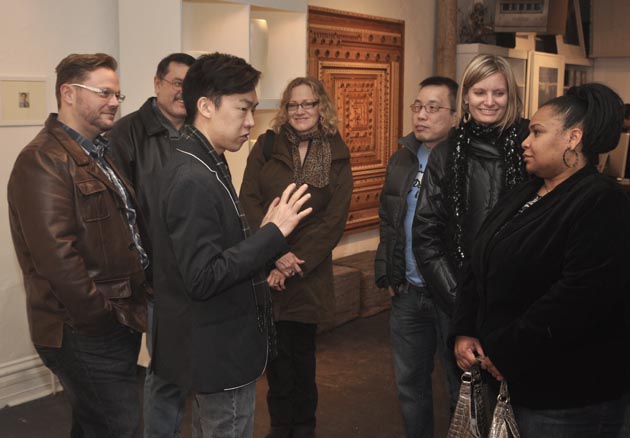 Han talks about his artwork with a group of attendees. 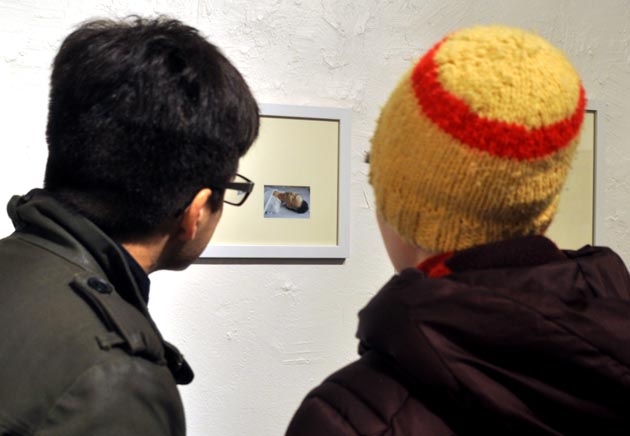 A couple looks over an image of Han's father towards the end of his life. Han collected images of his father's last months and created a publication of the work. The books are on sale, with 50% of the profits going to help refugees that have escaped North Korea. 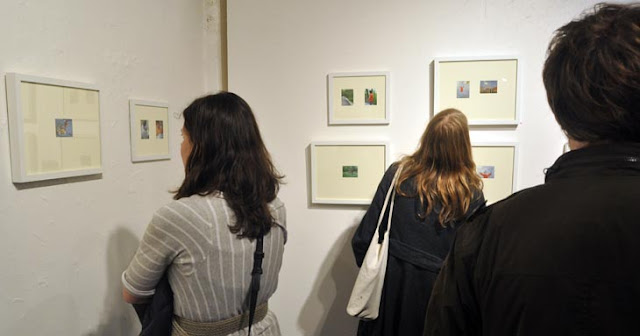 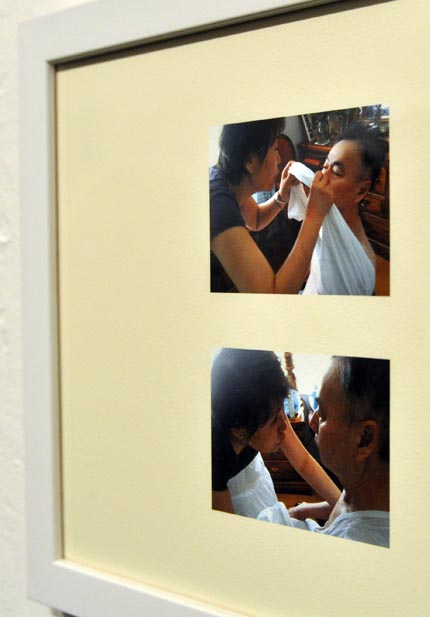 A moment between Han's mother and father captured with Han's cell phone. 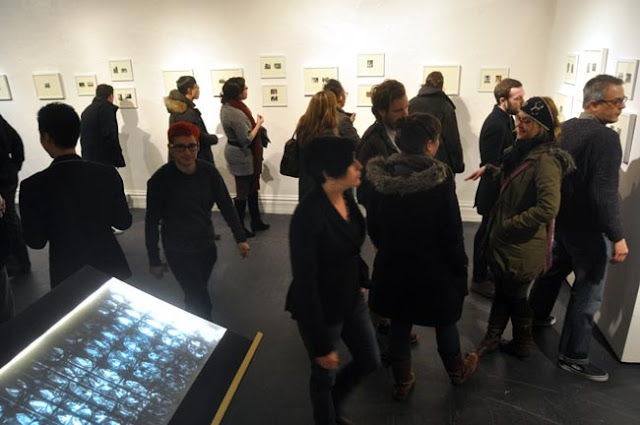 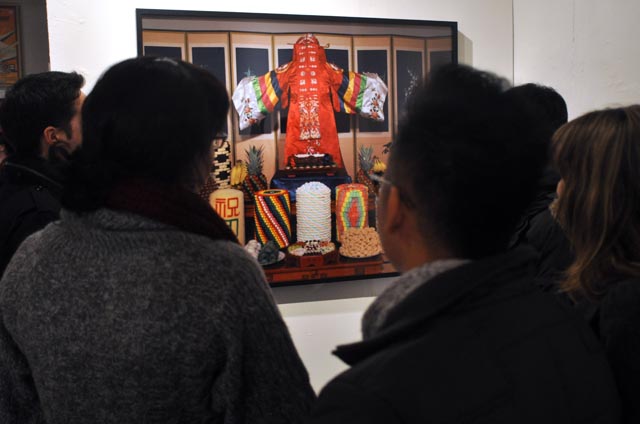 Posted by Las Manos Gallery at 12:30 PM No comments: