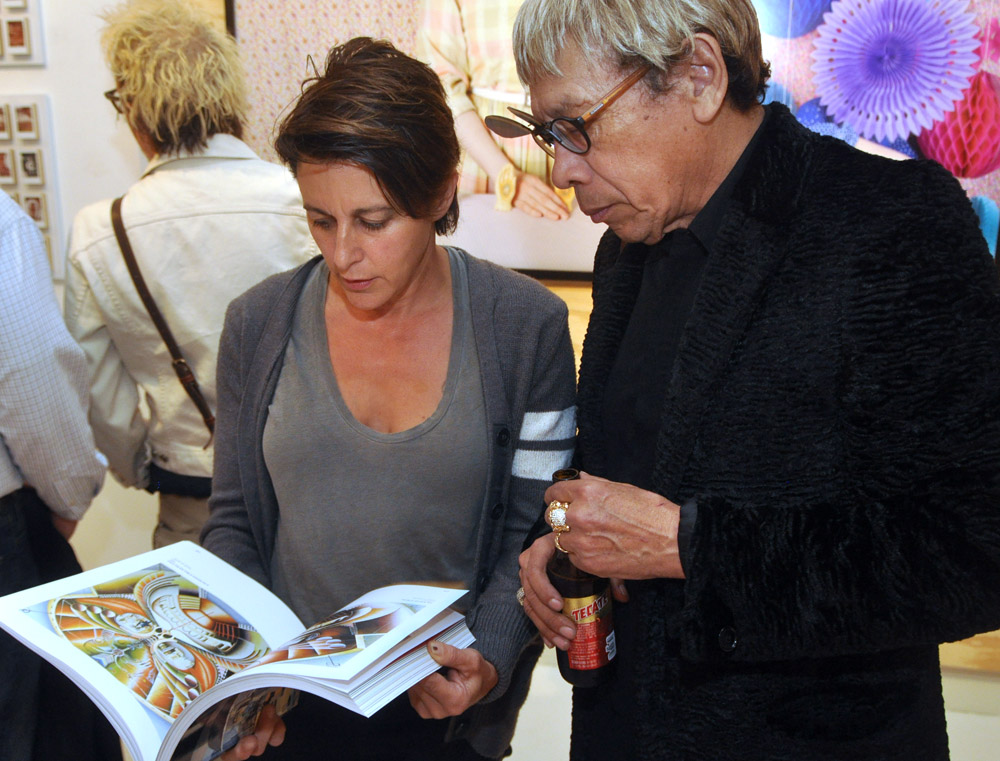 Gallery Owner Michelle Peterson-Albandoz chats with Artist Marcos Raya during the Photography Show opening on Friday evening. Raya has a show at She Art through the end of May! 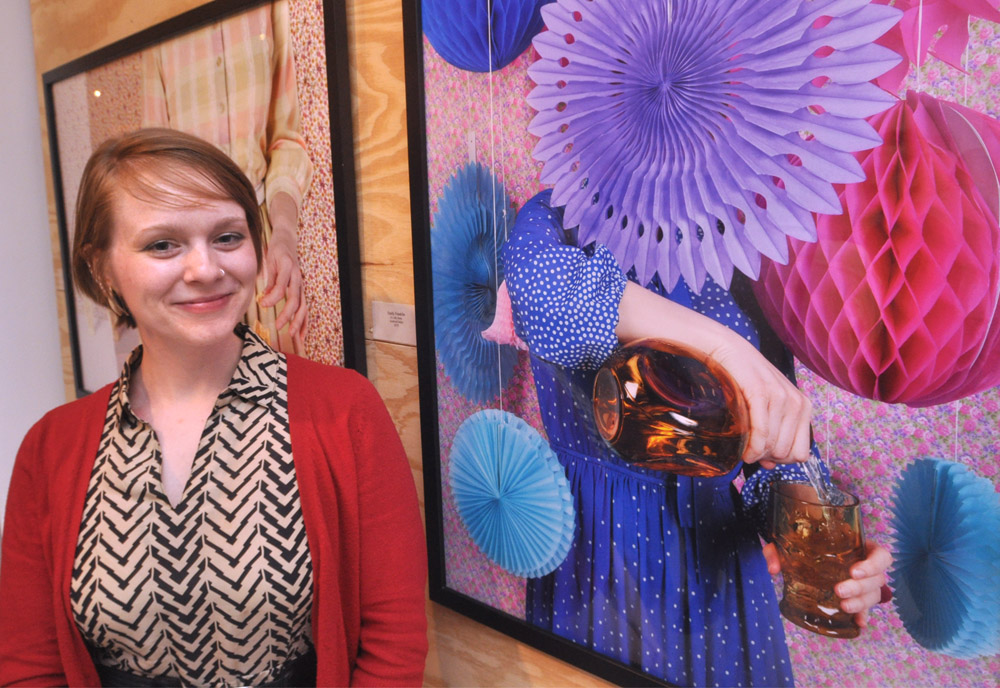 Emily Franklin stands next to her photographed titled "It's my Party!" 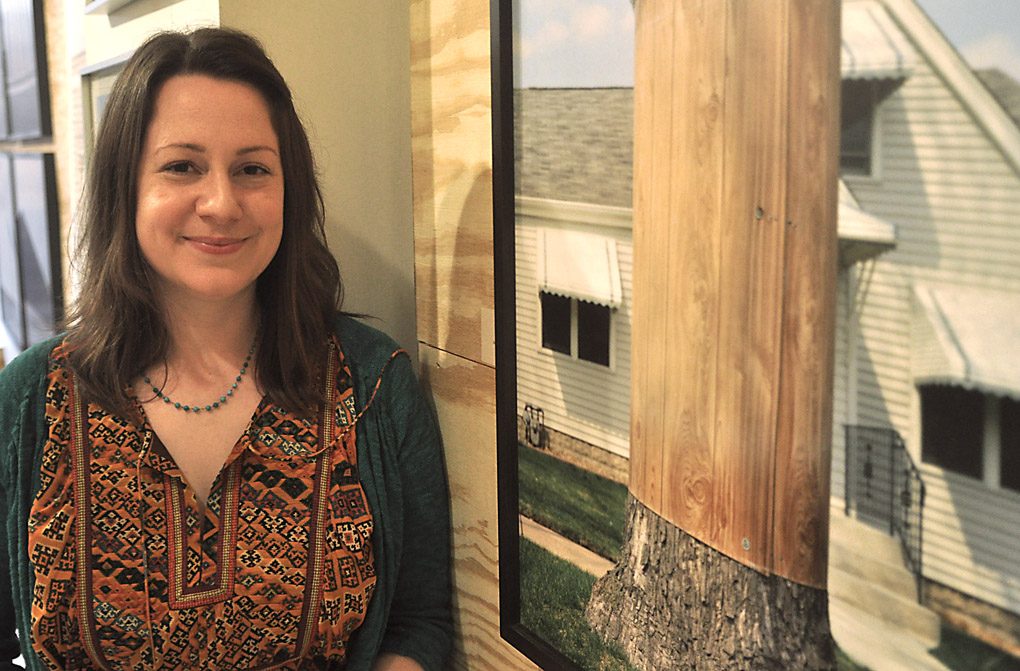 Photographer Gywnne Johnson stands with an image from her "This Doubtful Paradise" series. 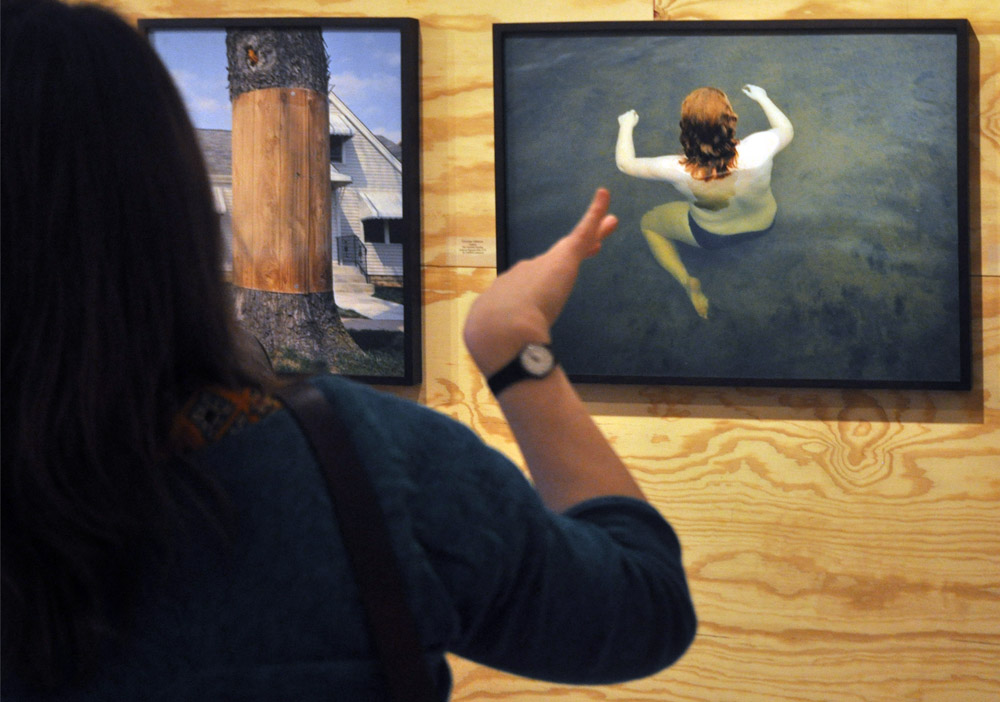 More of "This Doubtful Paradise" as explained by the artist! 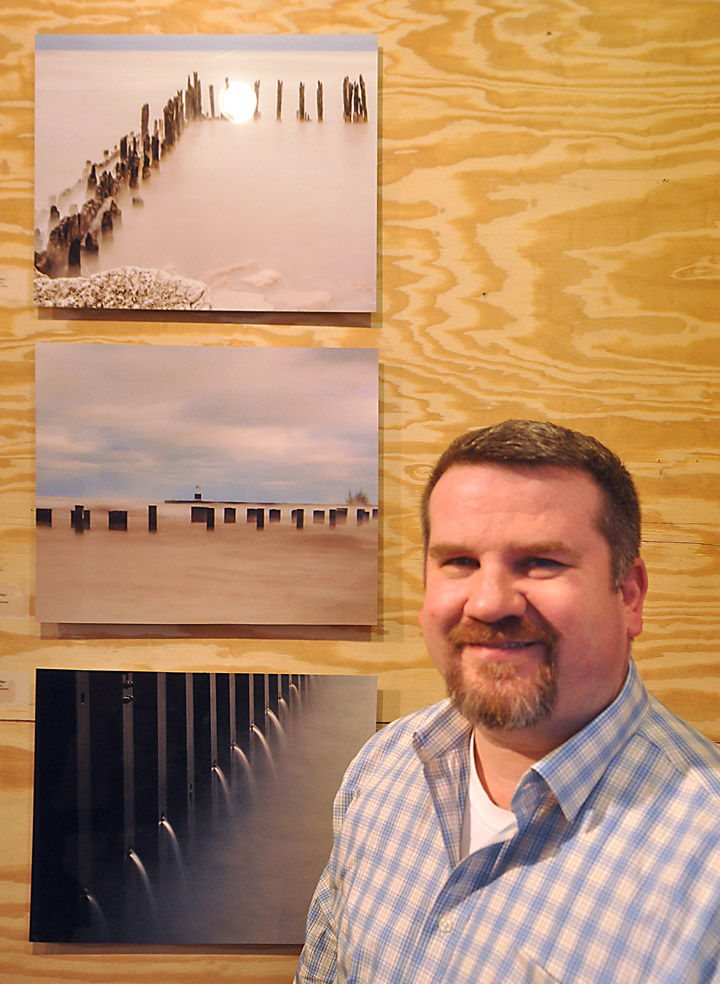 Jim Van Bibber with a few of his photographs on aluminum 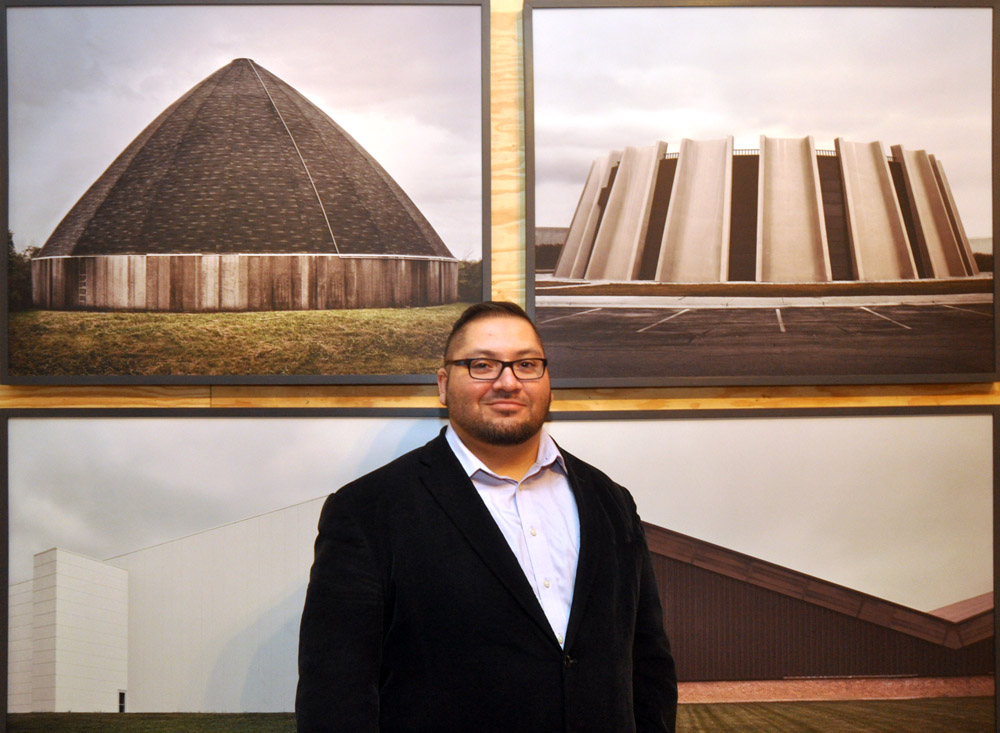 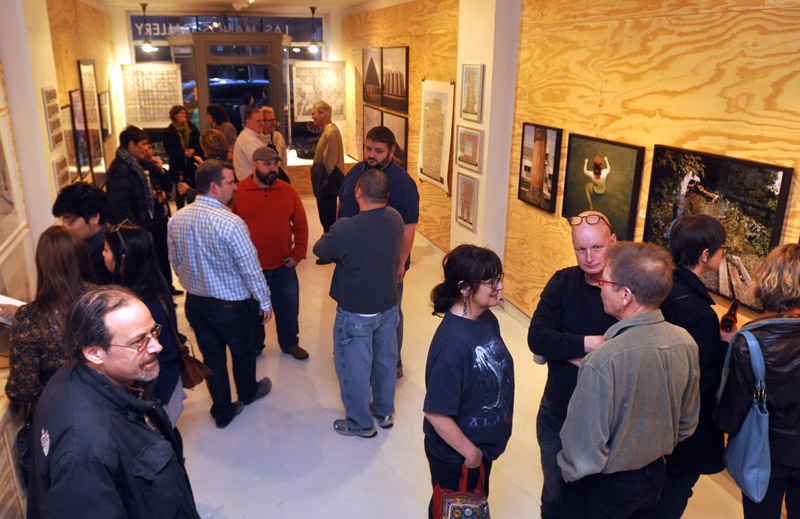 Lots of photograpy lovers at the show. 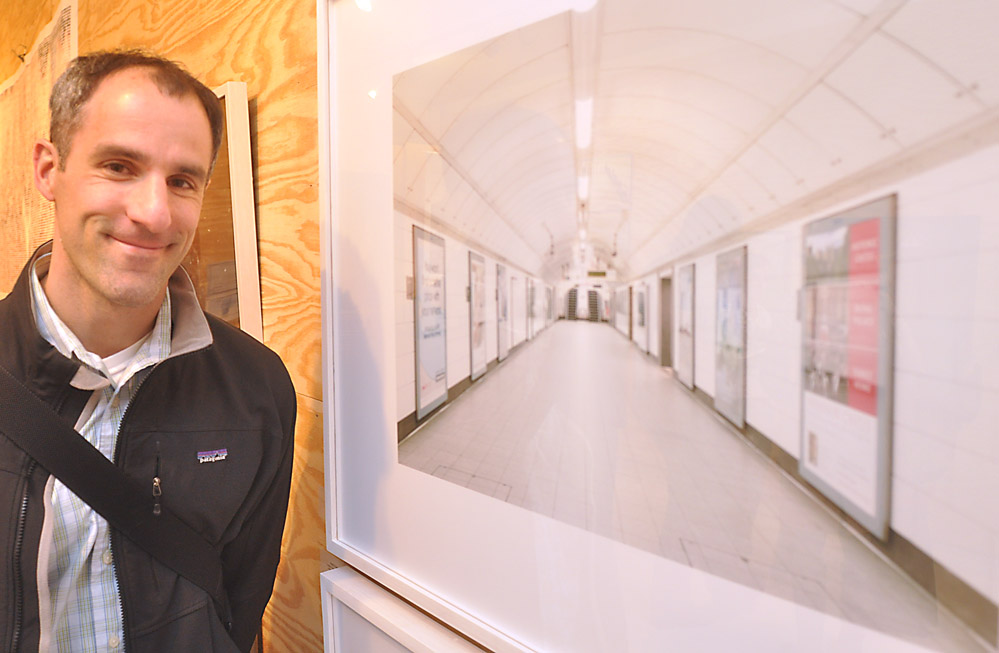 Photographer Mark Pease and his "Underground" series. Images of the London Tube absent of human life- a study on emptiness and in between spaces. 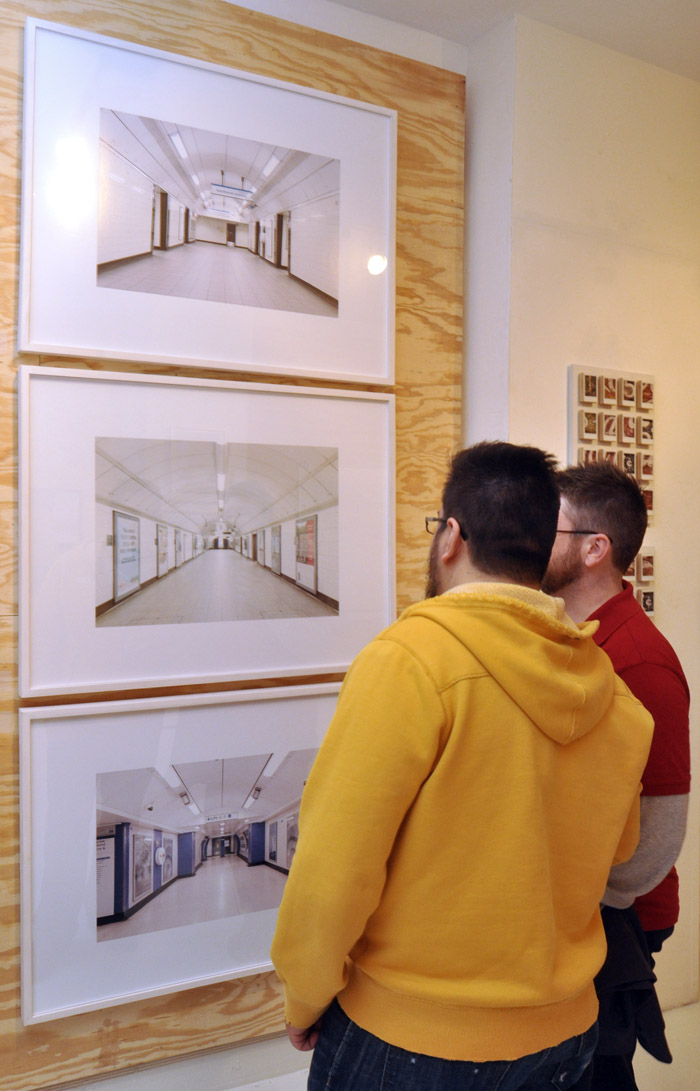 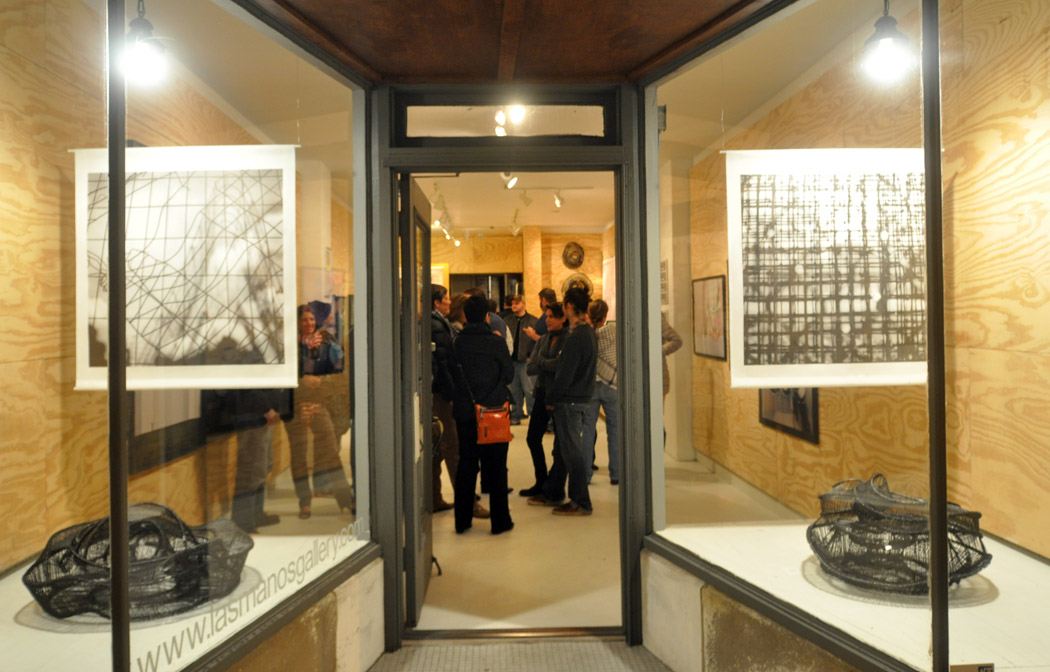 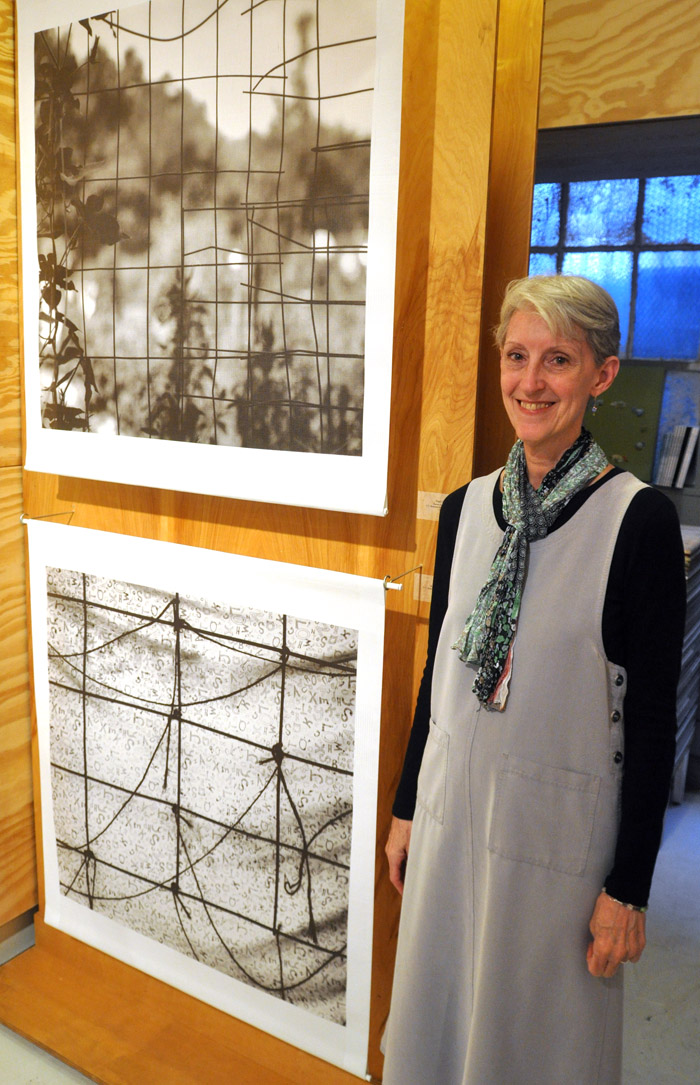 Photographer Paul Clark's wife Lauri stands with his work on Friday eve. Lauri represented Paul while he was out of town. 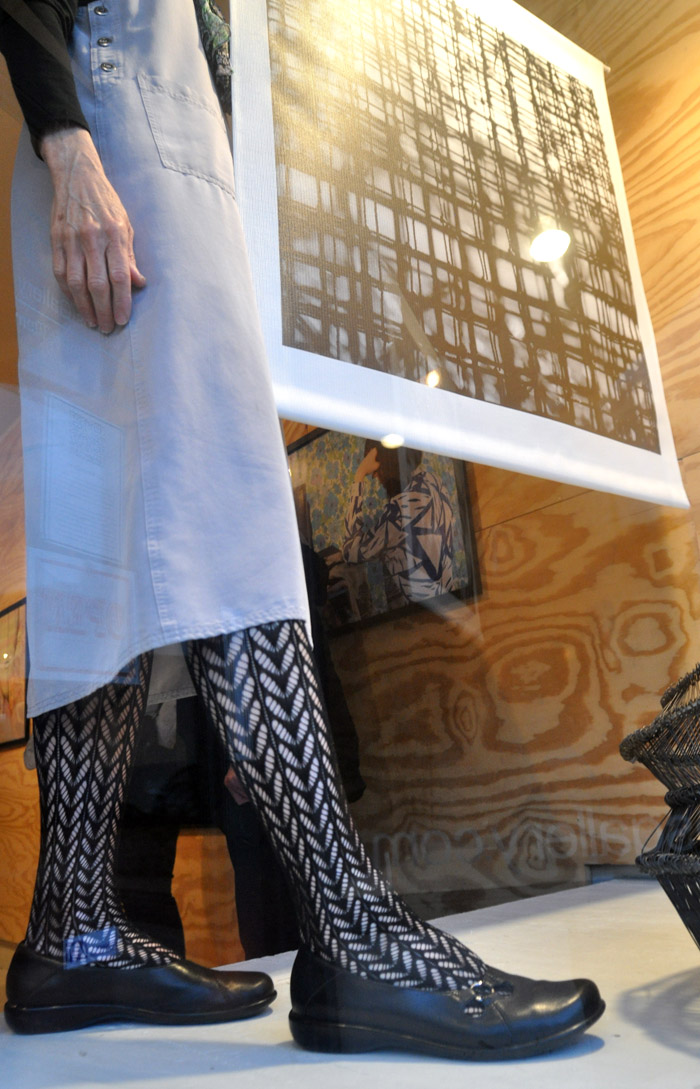 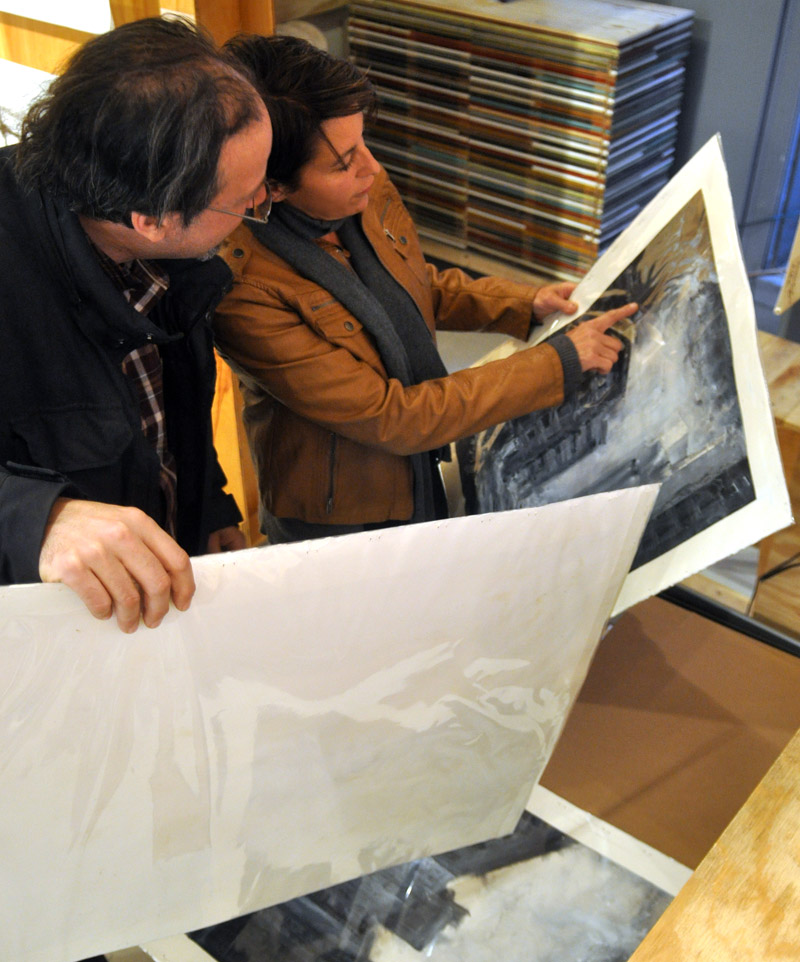 Michelle chats with Artist Steven Green about his newer work. 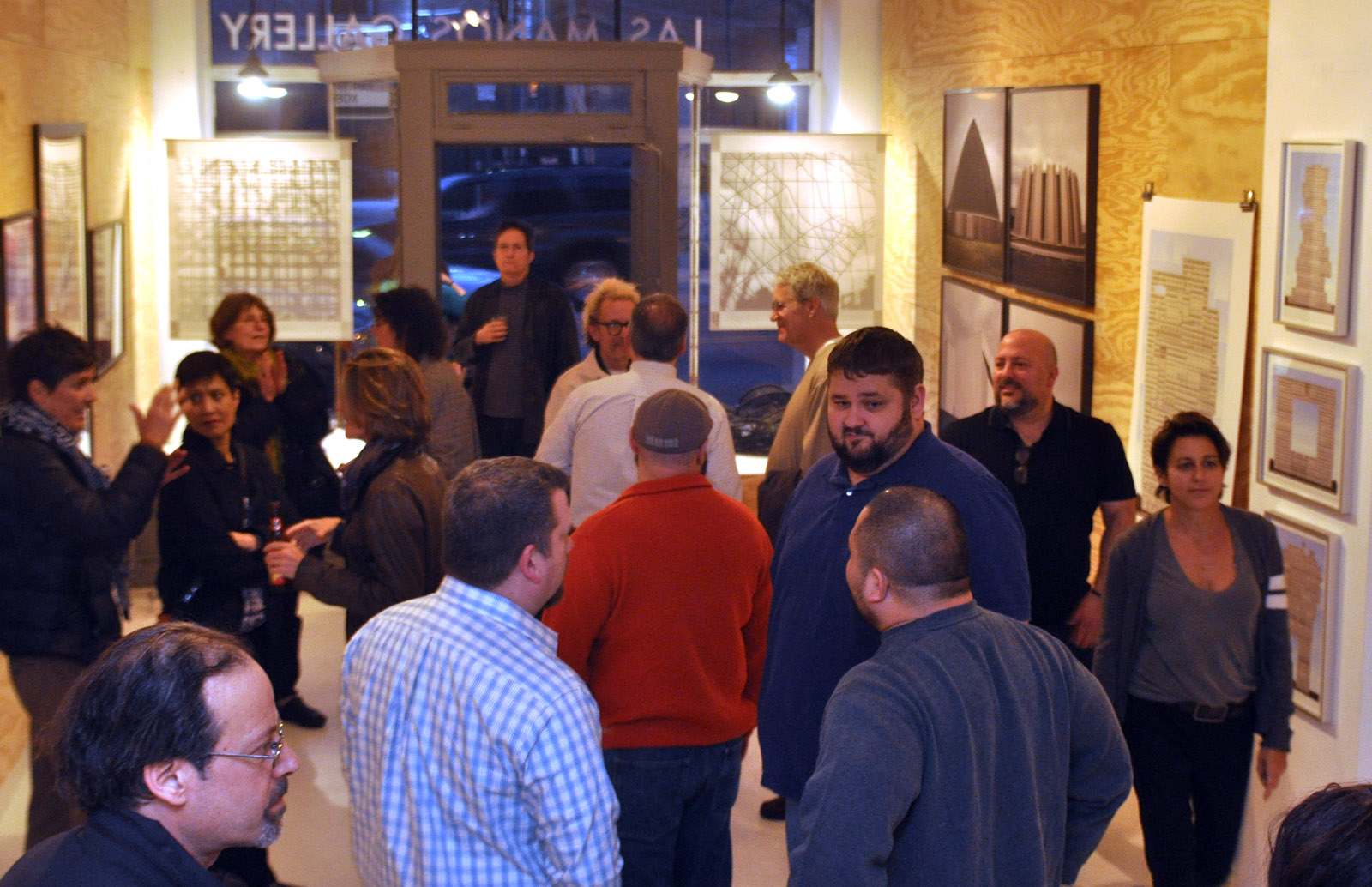 Posted by Las Manos Gallery at 2:39 PM No comments: 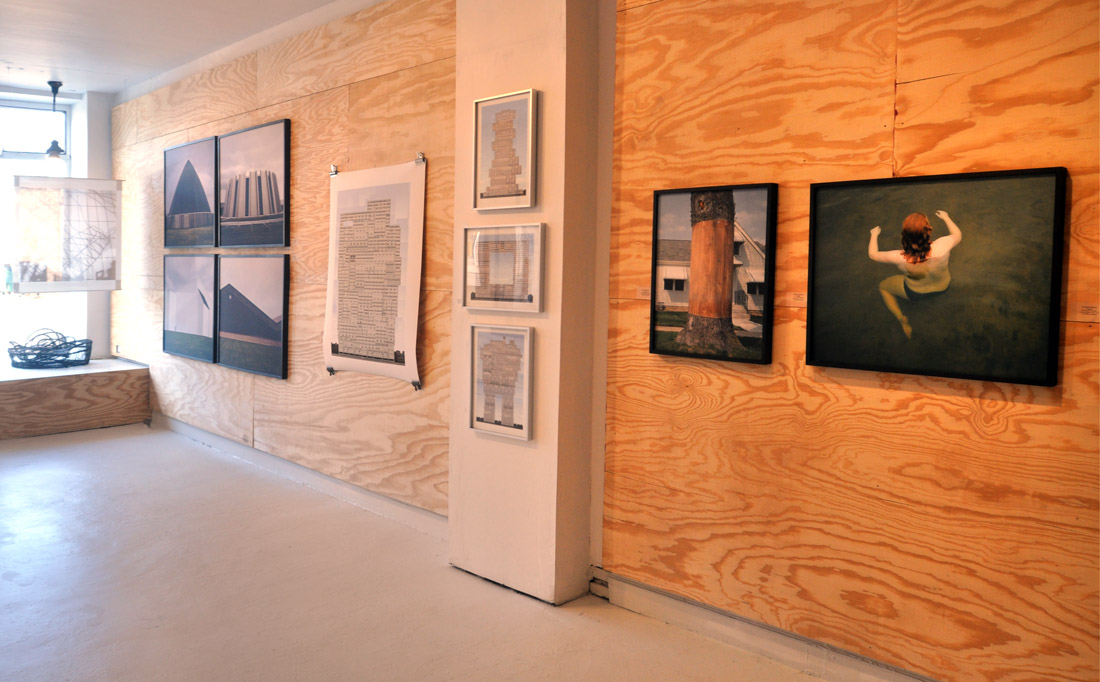 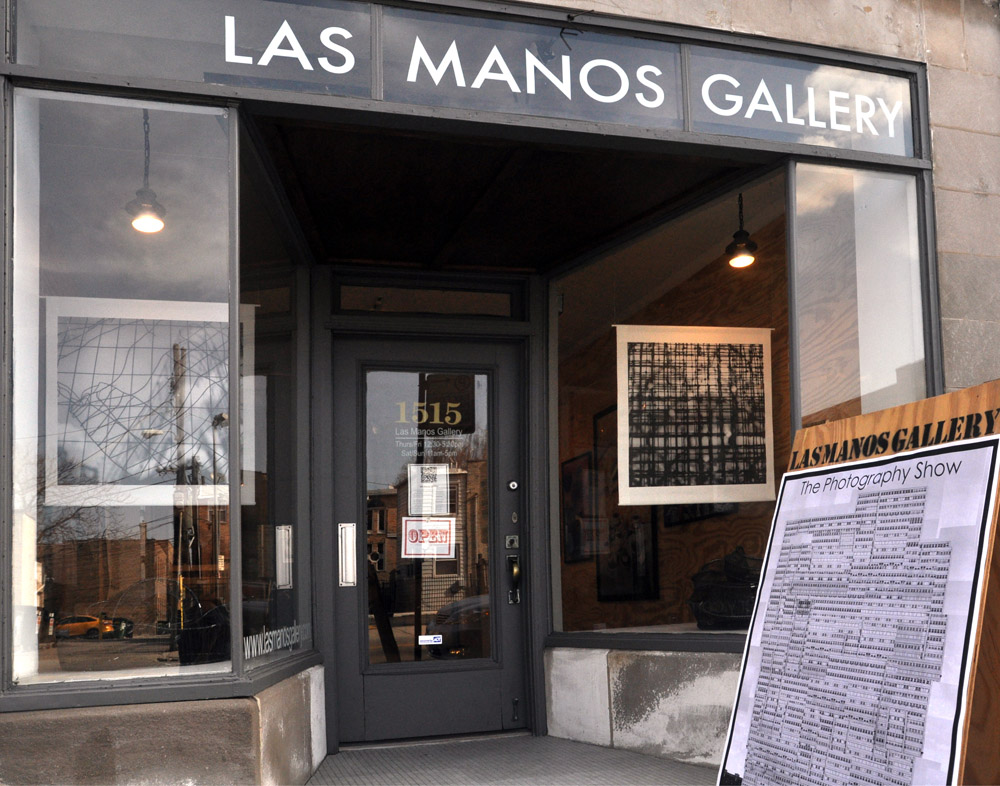 Posted by Las Manos Gallery at 4:18 PM No comments: 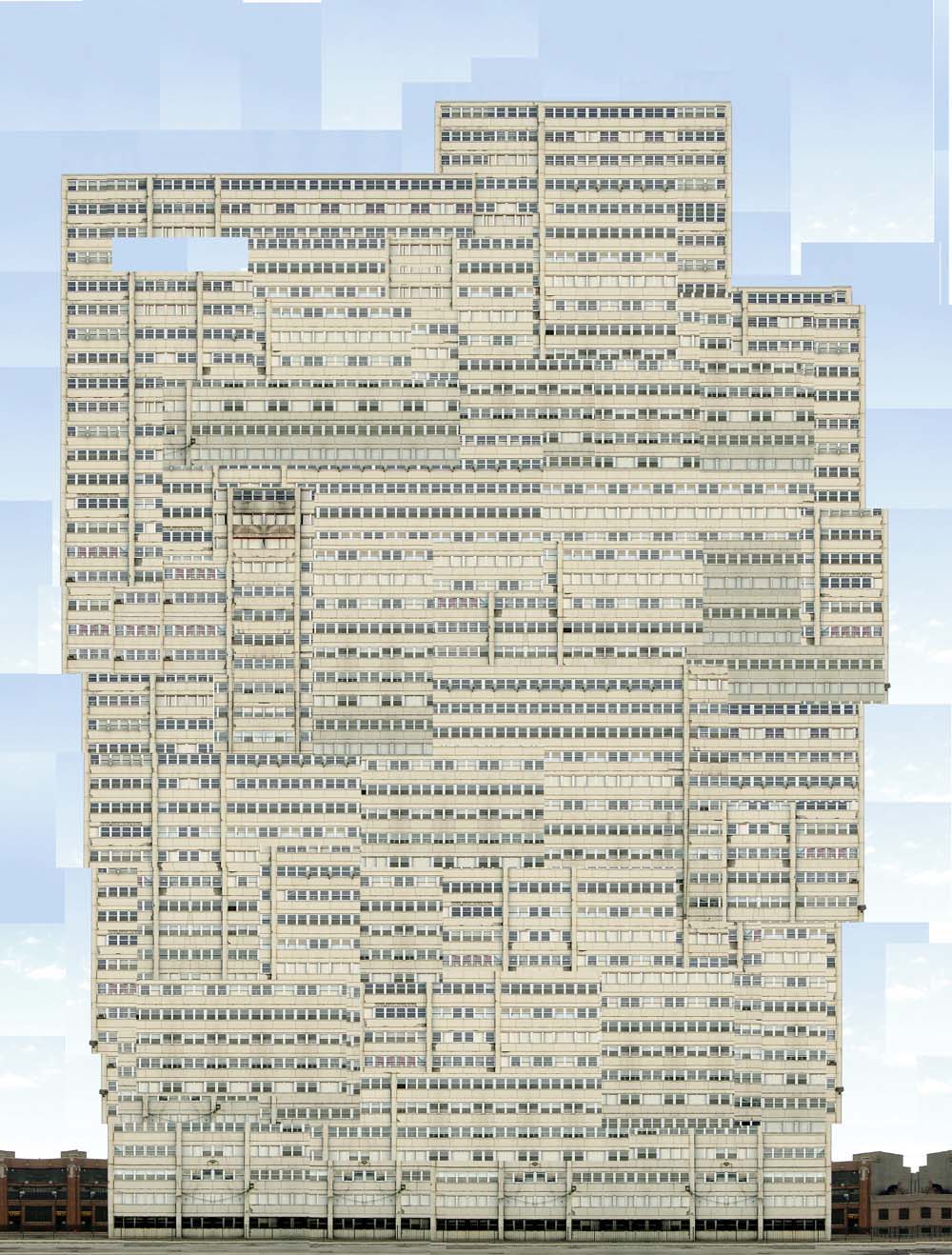 GWYNNE JOHNSON
Gwynne Johnson takes a look at both the future and the past. Her series “This Doubtful Paradise” explores immigrants as they struggle to straddle departures and homecomings and how it shapes their present. 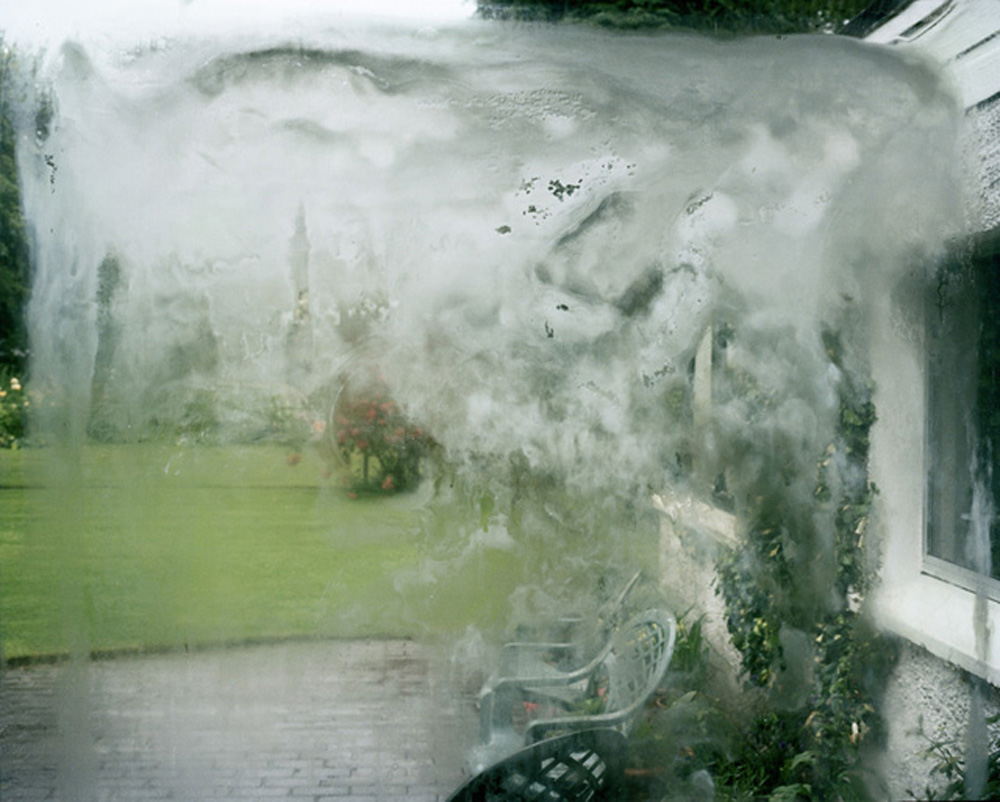 EMILY FRANKLIN
Emily Franklin explores the intangible forces that propel people through shifting identities. The result is the existence in an intermediary state; their tangible bodies rooted in a physical reality but their conscience functioning independently. 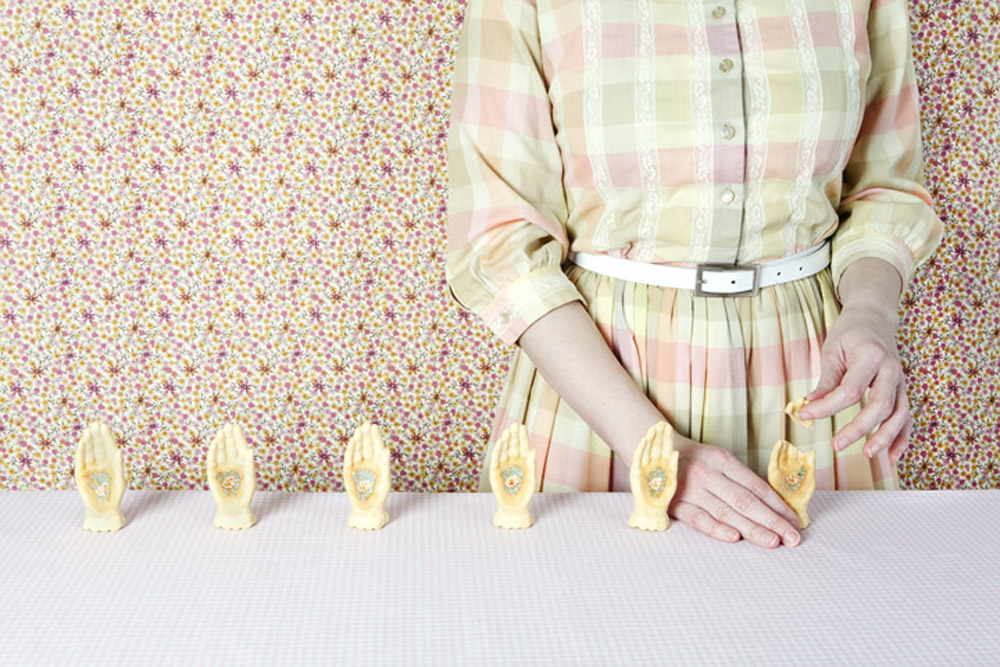 PAUL CLARK
Paul Clark’s "Barrier" series is a two-decade-long documentation of gardens across the nation. Clark focuses on fences and wires, which he treats as minimal forms and lines. His witnessing of the passage of time and the changing relationships between nature and man-made structures becomes an observation on life. 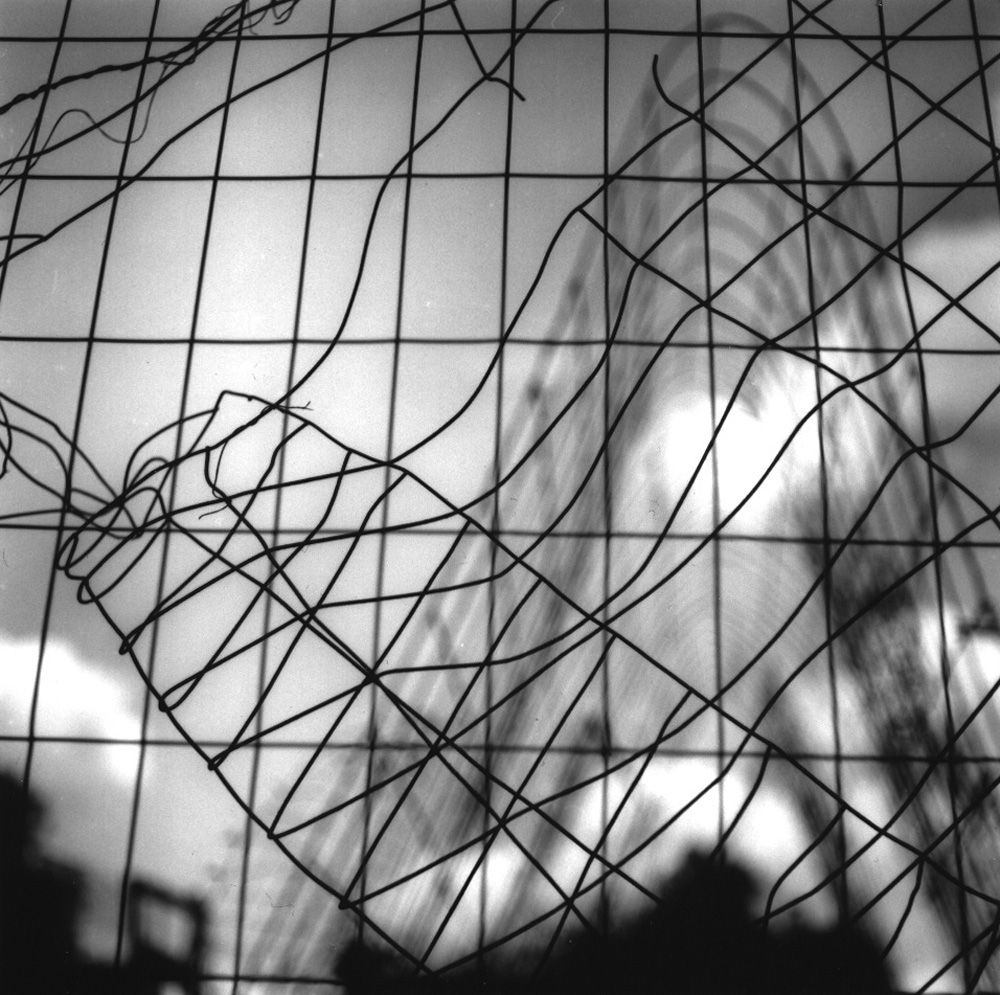 JIM VAN BIBBER
Jim Van Bibber presents unusually languid views of  Chicago's own Lake Michigan coastline. Long exposures lend a hand to the enigmatic presence of shifting fog and water. These elements add to a slow sense of disorientation and movement through each image... 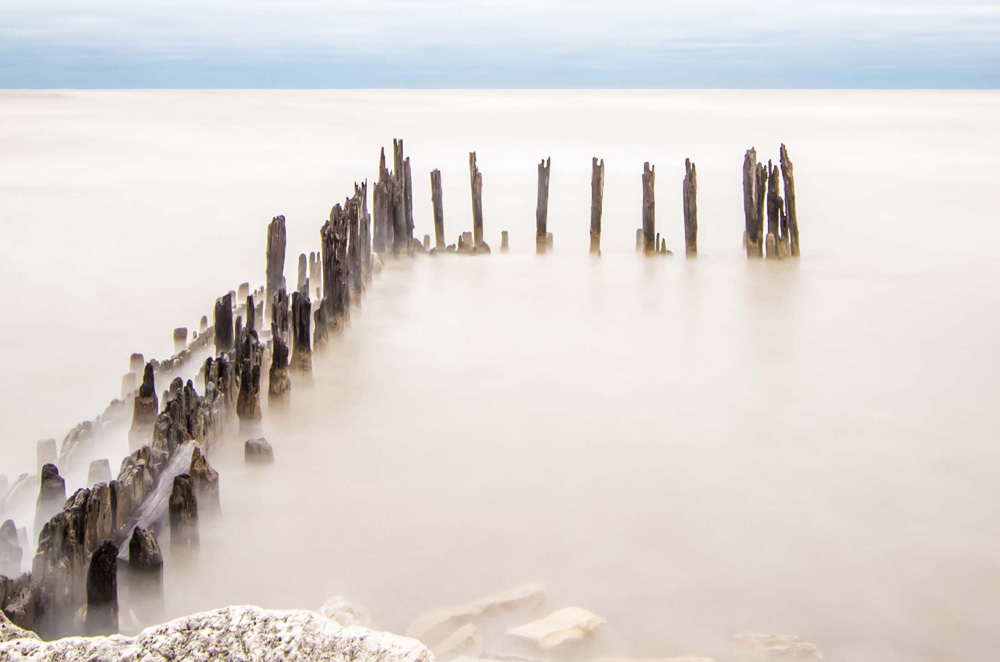 JUAN FERNANDEZ
Juan Fernandez photographs pristine but banal buildings frozen under gray skies. Fernandez “cleans” the images of distracting elements such as trash, cement cracks or rust stains. This process eliminates actual location and time while letting some aspect of reality remain. These odd photographic moments are meant to exude isolation and rejection. 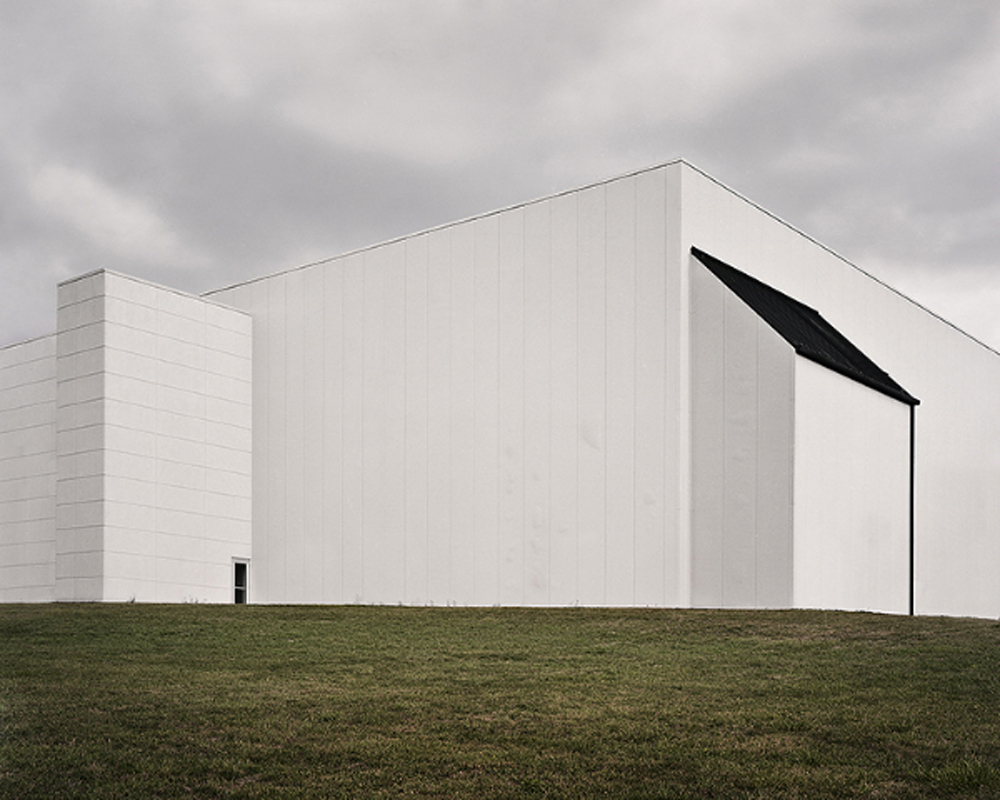 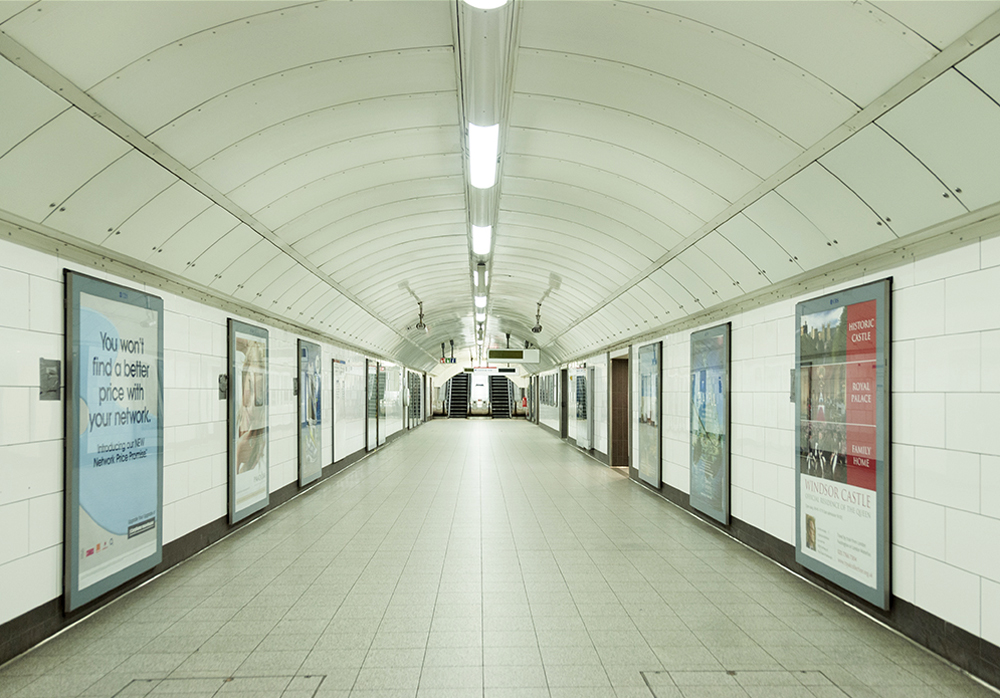 PATRICK MANNING
Patrick Manning's "Then She Smiled" photographs feature manipulated inkjet prints of highly-pixelated grins.  The viewer is taken in by the inviting gesture, but simultaneously repelled by lips and teeth morph together. The end result is a study in the grotesque and beautiful as one.

Posted by Las Manos Gallery at 1:28 PM No comments: