The Paper Exhibition: Coffee with the Artists 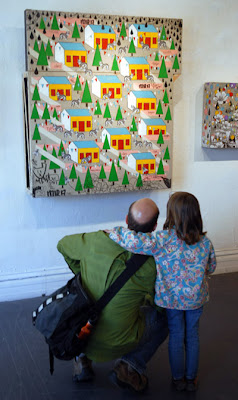 "When the Coyotes Come Home" by Jonas Criscoe 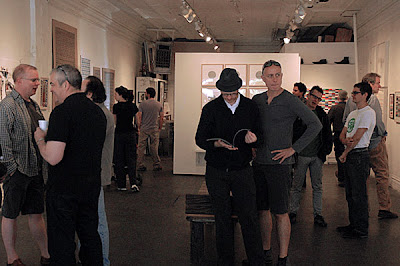 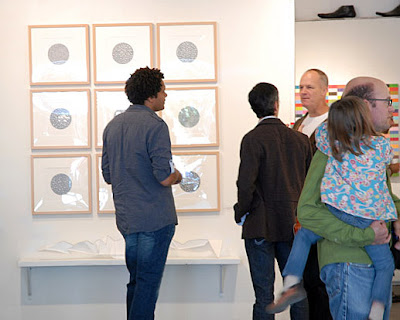 The "Constellating" Series by Wendy Kawabata. 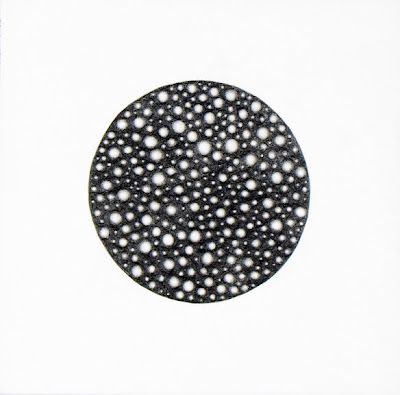 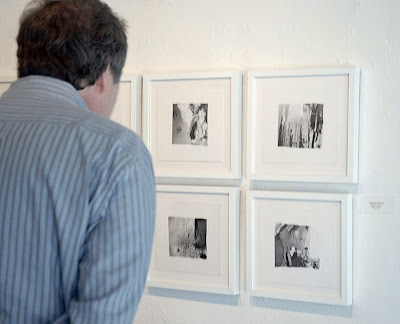 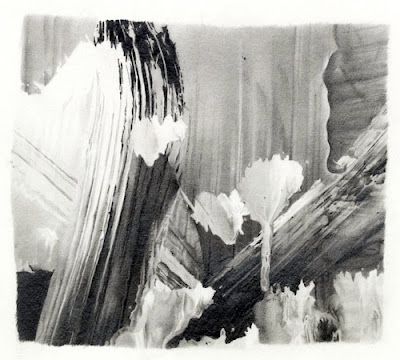 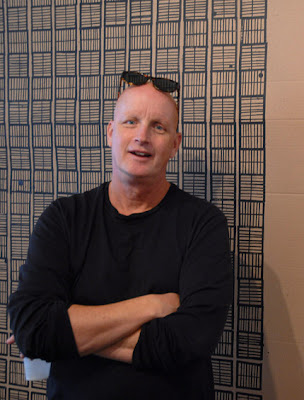 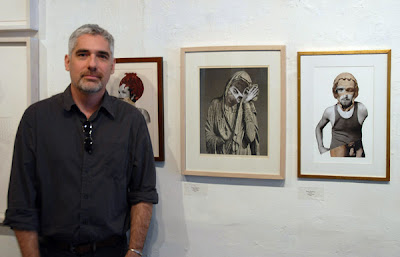 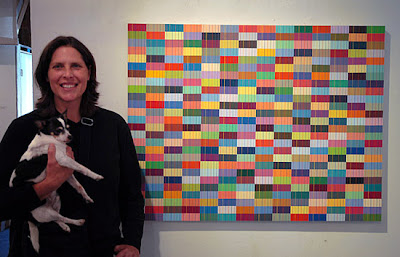 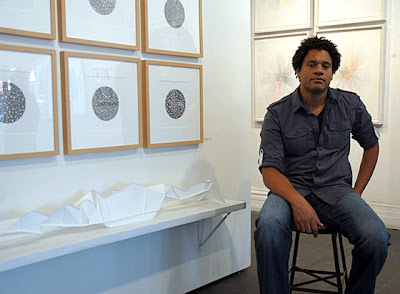 A close-up of one of Wendy Kawabata's Constellating pieces.
Pencil on paper. 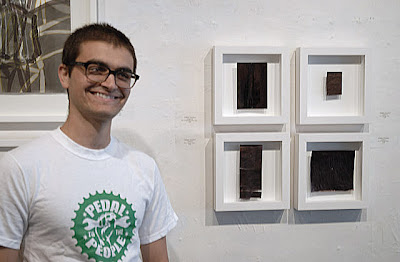 Benjamin Bauman's Untitled series.
Graphite on paper by Bauman.
Michael McGuire stands with his "Untitled" piece of india ink on cardboard.
Doug Stapleton with a few of his collages at the Paper Exhibition.
Tricia Rumbolz holds Pablo the gallery pooch while standing in front of her piece titled "Primary and Secondary Colored Lines on 364 colors"
Robert Burnier sits with his piece titled "Fractorial 3" on yupo paper and conservation tape. The piece is bellow the pencil on paper drawings by Wendy Kawabata.
Nathan Torrence stands with his Untitled series of pen on tracing paper. 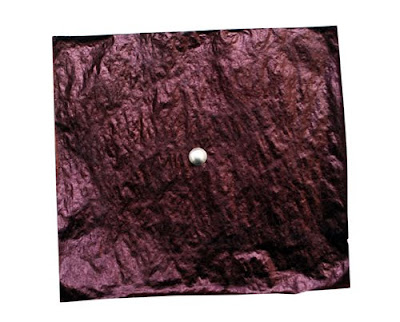 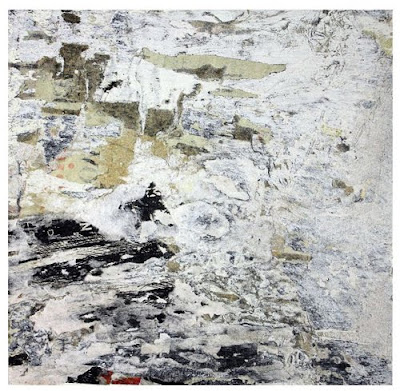 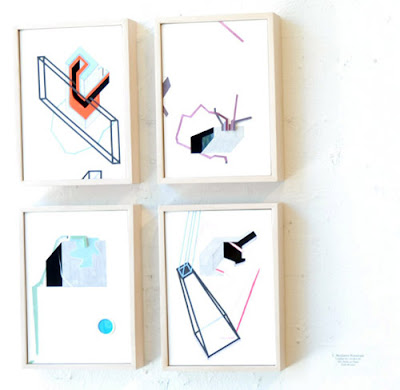 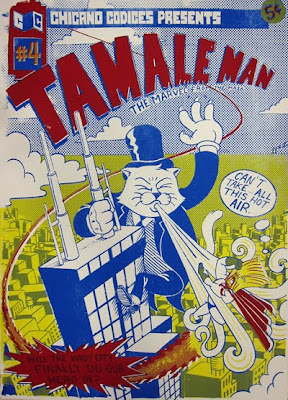